In 1994, Pitfall: The Mayan Adventure was released for almost every console known to man at the time, including Jaguar! Pitfall Harry Jr., son of the original Pitfall Harry from the Atari 2600 game, sets out to rescue his dad from WARRIOR SPIRIT (game developers always have to be the literary type). 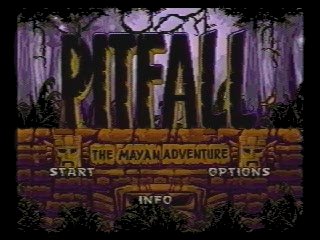 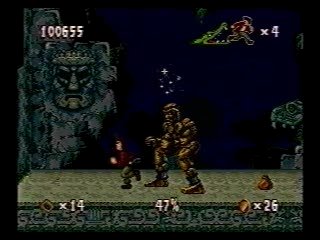 I played this game a lot as a kid (I finished the run on the actual copy I've had since then) but never touched it until recently when I saw that Tommy had done a run of it. I was intrigued and of course instantly motivated to do a run of my own due to the awful sound effects and music of the Sega version that Tommy ran, and because I knew a few tricks on the SNES version.

My main goals for the run were to have no deaths, skip both boss fights, and to take as little damage as possible. I think this run went very well.

For improvements, I think maybe 10-15 seconds could be saved with a perfect run, and a faster cheetah fight, but no more unless other glitches or tricks are found.

I hope you enjoyed my run (and my long comments). Thanks a lot for watching!

Differences between Normal and Hard:

Other than that, everything is identical. Make sure to watch the end credits, as this game boasts the greatest ending sequence of any game ever. Also, the sound effects in this game are pretty sweet. Enjoy!