Released in Japan in September of 2010 and the rest of the world in March of 2011 by Game Freak, Pokémon Black/White is yet another game in the Pokémon franchise, the fifth Generation of games, and yet another game where the protagonist is a 10 year old kicked out of the house by their parents and tasked with saving the world using an army of bloodthirsty creatures to fight against evil international crime syndicates who also use an army of bloodthirsty creatures. Parenting in the Pokémon universe needs some work. 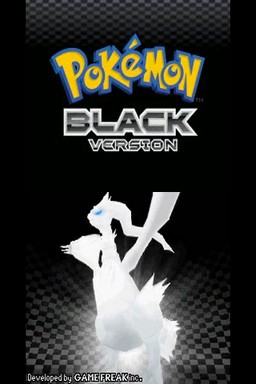 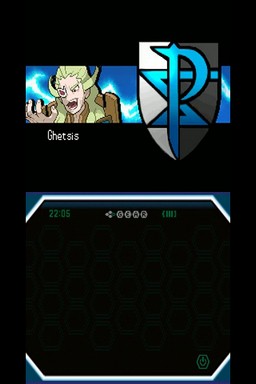 Before the run comments, a few shoutouts:

- Meleeace1478 (aka Roseluck), my first stream viewer. He helped immensely with routing this game.
- Werster, the first Pokémon runner I watched. His Fire Red Round 2 run at AGDQ 2013 made me want to start speedrunning.
- Anembrawl, long-time single segment record holder for this game. His runs provided the crucial basis for my route.
- Obviously, the SDA staff (Radix, Uyama, Nate, Flip, Puwexil, etc.) for their efforts to bring this and other runs to you.
- http://pokemonspeedruns.com/ - the place to go for Pokémon speedrunning info. The entire route for this game is available there.

Setting the 3DS clock at the beginning is for RNG manipulation. Pokémon Black seeds its RNG based on the second at which you start the game, the buttons you hold down while it starts up (if any), and the MAC address of your DS. Starting the game at 18:40:10 on April 5, 2013 while holding Down+Select on my capture 3DS guarantees that I will get a starter with nearly perfect stats (IVs: 31/31/31/30/31/30) and Adamant nature. I set the clock to 18:39 and wait on the menu screen because the 3DS clock doesn't show seconds, so I synchronize it with an external clock.

I accidentally name myself "H" instead of "I" during naming; this doesn't waste any time, because the in-game clock doesn't start until after naming. I choose the male trainer because apparently I am the only Pokémon runner who prefers the male trainer.

Tepig is the fastest starter by far. He has ludicrously high attack and an extremely varied moveset with tons of good options.

Nuvema Town: Since I manipulated my stats, I don't have to check them. If I got 23 HP, my Tepig is good; if not, I would reset.

Route 1: I get 1 encounter, which is better than average (2). Each random encounter is about 12-15 seconds.

Route 2: I get 0 encounters, which is way better than average (3). I try to one-hit Bianca with Blaze+Ember, but I miss the damage range and waste a turn. Each wasted turn is about 6-7 seconds.

Dreamyard: I can't one-hit anything here with Blaze+Ember, so I always heal up. Pansage doesn't get named because his name doesn't appear frequently enough to justify the time. I heal again to be full for Cheren.

Striaton City: I heal before the first gym trainer because his Lillipup can hit surprisingly hard. I use Pansage on Cress because Tepig can't feasibly handle Panpour. I hard-switch him in to skip changing the battle style option.

Route 3: The Oran Berry for Cheren is required if he uses Water Gun every turn. I Repel inside the cave to avoid encounters on a possible ~11 tiles; this tradeoff means I have to run through 4 tiles of grass later on. It's not worth the money or menu time to Repel again here given the relatively low chance of an encounter.

Nacrene City: I buy 7 X Attacks and 2 X Accuracies, all required. I also need the Charcoal in this gym and for N in Nimbasa City.

N battle: Normally, the strategy for N goes like this: X Attack on Pidove, Flame Charge for a possible one-hit, Tackle if necessary. Tackle Tympole twice, hope it doesn't crit or confuse me. Flame Charge with Blaze to one-hit the Timburr. I normally only budget one X Attack for this fight.

Instead, Pidove Growls twice, and I use a second X Attack because I cannot do the fight at -1 Attack. Tympole confuses me, and I waste two turns hitting myself in confusion. I waste an additional turn healing on Timburr, then a final turn two-hitting him because I'm not in Blaze range. In total I lose 9 turns, wasting about a minute.

Nacrene City: I lose three turns here because I'm not in Blaze. Pansage is sacrificed on Lenora to eat Intimidate and also to avoid a double battle in Pinwheel Forest. Herdier's Leers force me to counter with Defense Curl, or else Watchog can one-hit me with Retaliate on his first turn.

Pinwheel Forest: Rock Smash takes away the RNG factor of Arm Thrust - it does less average damage, but more minimum damage. It also avoids the "Hit 2 times!" text every time you use Arm Thrust.

Castelia City: Two Protects from the Venipedes leaves me low on Flame Charge PP, which necessitates a 5 second detour later for an Ether.

Route 4: Even though Rollout on Dewott is two hits, there is no danger because Dewott always uses Water Sport. I pick up the Ether to the west because of the Flame Charge situation.

Nimbasa City: I don't use the bicycle immediately because the extra menu access would waste time. At this point Return's base power is 80. Rollout goes out the door because I can't afford more X Accuracies to prop it up. In the gym, I heal paralyze during battle to avoid throwing off the roller coaster cycles.

Route 5 + Driftveil Drawbridge: Cheren's Torment forces me to use my fourth X Attack on him. Cheren's Liepard gets knocked out in the double battle, wasting a few seconds. On Driftveil Drawbridge, it takes over a minute to encounter a Ducklett. Fortunately, it gets in my first ball.

Cold Storage: I hit my first spinner of the run, costing me about a minute. This guy is surprisingly dumb to dodge.

Driftveil City: I miss the damage range on Clay's Palpitoad twice, wasting two turns. I pick up 21 Hyper Potions because I have more money than I know what to do with, and 11 Max Repels, which will be sufficient to finish the game. At this point, I need to have 3 X Attacks, but I only have 2. I opt to skip both X Attacks I would normally use on Bianca, and use on-the-fly strats effectively instead.

Route 6: I hit my second spinner of the run, costing me about thirty seconds. My movement around this one was spectacularly bad, I deserved to get caught.

Chargestone Cave: Movement goes well in here, other than a few bonks at the start, and right before N.

Route 7: Because Pansage is fainted from Bianca in Driftveil, I can walk past a trainer who would otherwise attack for a rotation battle. I wait a bit to Repel so that the Repel lasts through the top floor of Celestial Tower.

Mistralton City: Only one turn wasted on Protect trolling in the gym.

Route 7 + Twist Mountain: I double-clutch on the menu because I briefly forget that I need to heal before Cheren. In Twist Mountain, I overshoot the Rare Candy spot and waste a few seconds.

Icirrus City: Again, movement failure trying to get the Rare Candy. Something about those Rare Candies. Only one turn wasted on Endure trolling in the gym.

Route 4 + Desert Resort: I hit my third spinner of the run, costing me about thirty seconds. I hesitate on move selection because I forget I haven't used my Max Elixir yet.

Relic Castle: The extra Repel is worth it, as there are about 14 steps left to cover with possible encounters.

Route 8: Another door bonk. Can you tell I'm getting nervous by this point? :p

Opelucid City: I hit a lucky damage range on the third Druddigon, allowing me to delay healing until right before Drayden. This also means I can skip healing before Cheren.

Pokémon League: I buy 21 Full Restores because, again, I have way more money than I know how to handle.

Elite Four: The Rare Candies allow me to outspeed and one-hit Grimsley's Krookodile, and get Flare Blitz before the rest of the Elite Four. Caitlin goes perfectly. Here I should call attention to my biggest mistake of the run: I accidentally use Brick Break on Shauntal's Chandelure. It misses Fire Blast, giving me a second lease on life, and I correctly use Bulldoze on the second turn. If I had died, I would have used a Max Revive to recover and two-hit the Chandelure with un-boosted attacks; this would have wasted about 20-25 seconds. Marshal goes perfectly.

N's Castle: I get caught standing still for a few seconds in N's throne room. Reshiram has good stats, though it literally only matters against Zekrom. Both fights go perfectly, and I mash through the dialogue to get to the credits. Run over!