Released on June 30th, 1999, Nintendo figured the raging success of the Pokémon franchise would let them get away with developing a non-game that would still sell. The fans proved Nintendo correct as Pokémon Snap sold over 2 and a half million copies worldwide. As young photographer Todd, you help Professor Oak prove his scientific findings by taking photos of Pokémon in a variety of environments while riding the Zero-One buggy. 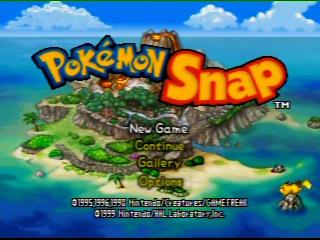 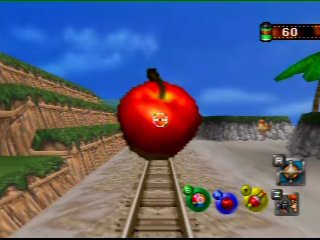 NiN10Doh 64 made me believe that this was a completely different game...

Anyway, this run is 69 seconds faster then gia's run, I still need more practice and a lot more luck before I can break 23 minutes, but I still believe it is possible.

I'm very happy with this run of Pokémon Snap, the two big issues were Weepinbell being in a bad position for an early hit, and one of my apples going through Mew's shield. The rest of the run was done extremely well, especially the early Cloyster and good luck at the end of the Volcano's second run. I'm sure anyone else who has tried running this category for Pokémon Snap can back me up when I say Cloyster, Arcanine, and Growlithe don't like to appear often in good runs. I plan to re-work this run sometime to fix a few tradeoff's for consistency, but for now this run makes me happy.