Released in April 2003, Postal 2 was known for its one-note offensive humor. The game received poor reviews as most reviewers wrote off the game as a poor joke. You play as "The Postal Dude", who is merely trying to survive until the end of the week. 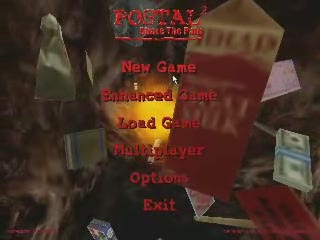 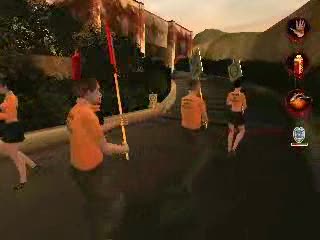 First of all, I'd like to thanks to SDA crew for keeping such cool site and to these people: NeoKamek, TheVoid and Pweisger for their tricks and shortcuts.

Great thanks belongs especially to Pweisger, who did the first speedrun on Average difficulty. In fact, his run made me to make my own, because I could see many improvements just by looking at his run. In the end, I shaved-off whole 16 minutes and brought the run to the sub-1 hour "category".

Not only my run is faster, but it's also on much higher difficulty, better recorded and with better graphics settings. I initially wanted to run on They Hate Me, but this difficulty would require different strategy since everybody who's got a gun starts shooting when they see you and you can withstand only about 5-6 bullets.

The game had some issues with my EAX causing some voices to sound like "chipmunk", but as far as I know it doesn't affect the gameplay since everything is controlled with timed triggers (I'm talking about petition particularly).

Hope you enjoyed this run.