Released on July 11, 2006, Prey took more than 11 years to develop. By the time it was finally released, most of the innovations it promised were already implemented in modern FPS games. However, Prey introduced the novel concept of being literally impossible to lose. You take the role of an atheist cherokee named Tommy who denies his heritage throughout his whole life. While hanging out in the bar where Jen, his girlfriend, works, Tommy is abducted by aliens who plan to harvest the human race. Tommy is then forced to fight his way to the big boss while suffering through random white flashes and bright imagery. 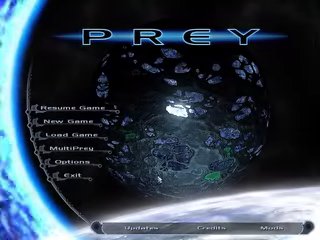 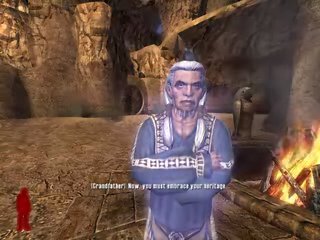 Thanks for clicking on me first and second for downloading the run(if you did). I kept this secret during all the running and the posting, because I was retired, and I thought that it would had last this way, but my love for speedrunning was too strong when I bought this core2duo combined with my 8600GTS.

So I had to do it, 1st for TheVoid which I really respect and second, for me. I am having problems finishing runs, I always lack interest if I start another one at the same time, so for this run I concentrate really hard to be focus and finish it, I learned recently that I have ADHD, so it probably doesn't help in this domain, but oh well, it doesn't really change my attitude towards thing.

Of course I ain't a Machine like the now real known runner Kibumbi, (or the new horvathesque runner), but I think that it end up pretty well, since I had a goal to finish it in 14 days, from start to end, which I did, and I'm proud of it, of course it's not the most beautiful run in terms of running, like I mentionned above, but overall the run is pretty well done in my opinion and perhaps the best-looking one in terms of graphics.(At time of writing)

I played all settings to maximum with AA 4X and AF 16X and high quality.(Prey's engine max Anti-Alialising is 4x) That's why I said that it's the best looking run here, but I have not seen them all.

I had to record at 30fps for some unknown reasons, I can fraps Doom3:ROE at 60fps all max and HIGH but not this game.

The FPS goes woot! so I had no choice, sorry.
I prefer high quality graphics than low ugly one at 50-60fps.

I would like to Thanks TheVoid for finding most of the shortcuts and seregazav for running it a bit not long ago.

Now we shall get started with these comments.

That means I made another segment not using the autosave function (quicksave), thus, *+1 means I used 1 segment using it, so 3 segments are being used. So I guess that the penalties aplies.

I hope it's clear!

That concludes the comments, I thanks everyone who supported me, Big thanks to TheVoid again!

Oh and the song at the credits is from DEATH and his titled SPIRIT CRUSHER from the album called SOUNDS OF PERSEVERANCE.