Released in November 2004, Prince of Persia: Warrior Within is the sequel to Prince of Persia: The Sands of Time. The Guardian of time is now trying to kill you to correct the timeline you created. You embark on a quest to try to change your fate by going to the Island of Time and killing the Empress of Time. 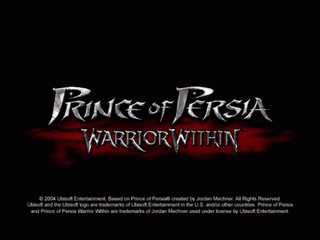 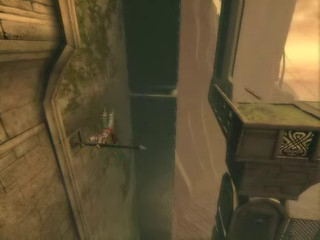 Note: 100% requires the life upgrades and water sword, resulting in the good ending.

First of all: Thanks to ballofsnow, darkwasabi, mikwuyma and nate (and of course all the other guys on SDA-Board) for helping me with the encoding of this vid and for answering all my other more or less stupid questions ;).

Special thanks go to Alexis for the (few but very effective) words of cheer up which made me retry this run after having nearly given up.

And of course I also want to thank Derek 'SnapDragon' Kisman for his awesome run which provided me some tactics and shortcuts I wouldn't have found out myself.

Ok, so much for the thanks, now let's dive right in:

(As the run is pretty long, I'll just point out the most severe mistakes and one or two cool passages)

So, I hope you'll enjoy watching this run as much as I enjoyed playing it (at least most of the time ;) ).

It took me a long time to get around to playing Warrior Within, but when I did (and when I watched Mkt's fun speedrun), I was inspired. And here it is, the sequel to my Sands of Time speedrun! This run improves on Mkt's in a number of ways:
- Difficulty is on Hard
- The "good" ending is achieved (which requires an extra 20 minutes of gameplay to get all the life upgrades)
- It's single-segment
- It's still 20 minutes faster :)

Big thanks to twotontim for critiquing my strategies for each section of the game, and for telling me how to improve my video encoding process. The exceptional quality of the video is entirely thanks to him. (Well, and the brilliant folks at DivX!)

I spent a month and a half just going through each segment of the game carefully, finding as many little shortcuts as I could, and practicing the segments over and over until I could do them relatively smoothly. After I started putting it all together, this run actually came fairly quickly (within a few days). I think I was very lucky, though; everything just happened to "click" at once, and I knew I had my final run. I could easily have spent weeks trying to get this time. Can it be improved? Barring some major shortcut, not by more than a few minutes (and you'd probably need to go multi-segment to do that much).

Without spoiling too much (the run is meant to be entertaining), here are a few details:
- All the portal activation sequences are random - and using rewind to try a button then undo does NOT work
- If you're wondering why I always try the first activation button twice, just watch from 1:38:00. Bug!!
- Battles are almost always skippable, but some require cleverness
- Cinema scenes are NEVER skippable
- All of the time powers came in handy a few times!
- Neither the Hockey Stick nor the Rayman Glove are worth spending seconds to get
- I delay a Life Upgrade (and thus get the Water Sword "late"), but I believe this saves time overall
- The trick at 44:34 is one of my favourites :)
- The "sequence break" at 1:10:35 skips a short cinema scene! I stumbled on it by accident
- The shortcut at 3:12:50 skips another short cinema scene
- The worst part of the run is from 2:19:00 to 2:20:10. I even got hit in slo-mo!
- Another big mistake is my screwup from 48:20 to 48:45
- Another was forgetting where I was going from 2:28:35 to 2:28:55
- There were a couple of nail-biting moments. At one point, it all came down to a perfectly-timed swing of the sword...
- The Dahaka fight is very random. This Dahaka took about 40 seconds longer than my best, but still went quite well
- I've encountered two bad crash bugs right near the end of the game, around the entrance hall and hourglass room; that's why I dawdle a bit there. Making the game load different scenery seems to prevent it

Anyway, enough talk; the run mostly speaks for itself. I personally believe this is the best speedrun I've ever done. Please enjoy it!