In February 2009, the developers of the famous Disgaea RPG series, Nippon Ichi Software, released their first ever 2D action platformer, Prinny: Can I Really Be the Hero? Spoiled by the multitude of today's easy games, a lot of casual players and reviewers complained about Prinny's insane difficulty and 'imprecise controls', which gave the game a bad reputation. Unspoiled hardcore gamers think otherwise. Given 1000 lives for the whole game, players take control of Prinny, who is ordered by Demon Lord Etna to find and retrieve her stolen Ultra Dessert. Using just a pair of knives and the 'one-way' jump system adapted from the classic hit Ghosts 'n Goblins, Prinny must traverse the most perilous places of the Netherworld while battling hordes of demons until they accomplish their mission or die trying. 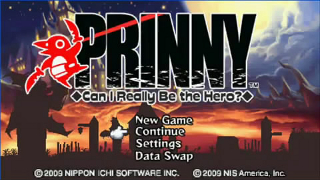 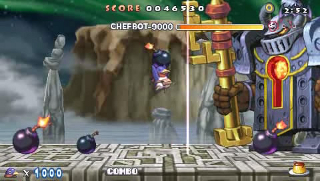 This is my first ever speedrun attempt, and I must say it was an interesting experience. Though I have put ALOT of "hardcore" time into games, never have I practiced the art of speedrunning til now. I started playing Prinny: CIRBTH since its NA version was released, but I haven't thought about speedrunning it til I checked out SDA to see a thread on the game.

Firstly, much thanks to: