Released in November of 2002, Ratchet & Clank is Insomniac Games's first release for the PS2 system. A game known for wacky weapons and varied gameplay, it has spawned many sequels and even a spinoff. In this first installment, the duo travel the galaxy in search of the evil chairman Drek before he destroys Ratchet's home planet. 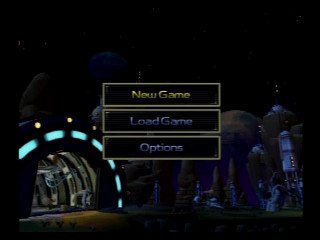 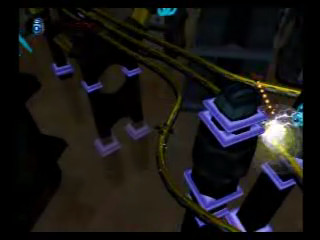 Category Note: Wall clipping and jumping up walls that normally cannot be climbed are the glitches that define a large-skip glitches run.

Thanks to Enhasa, nate, and Uyama for the current SDA. Thanks also to the R&C thread for the game information, even if it was desolate by the time I got there...3 years later...Thanks to Psonar for the Drek fight ammo-spawn formula and the sweet decoy glovin'.

I had initially wanted to keep this run silent until completion to lessen the pressure of working on it, but that ended quickly. A revival of the thread and my needs for attention lead to constant up-to-the-segment trial, tribulation, and success reports. I started the run out of boredom with the other runs, and having always been a R&C fanatic. It was 'started-over' mid-run 3 times in total due to unforeseen route changes or new discoveries (very juicy ones). When I decided to do the run, I knew not one of the major glitches used in the run. The decoy glove I knew about, but never how to apply it -- didn't ever use it for the 2 times in the run I use it. So everything you see was discovered while planning, or in some cases, running (see Gemlik Base, end battle).

The major discovery I had was first experienced on Eudora, I was trying to go OoB from the alcove with the crates in it. I noticed I could walk on the wall a bit, then I found the technique I've coined as 'slope-intercepting'. THIS is the key to the run being over half an hour shorter than any other. With either backpack, but helipack for ease/stability, you intercept the slope while gliding, then jump again. I've found many uses, but only the best go into this run. This technique is not the only major timesaver, but it lead to most others. I'd try to do a S-I (slope-intercept abbrv.) then find a whole new shortcut (see Quartu, first visit) and I am a lucky dog for discovering this S-I, along with every other thing. (ESPECIALLY the Mother Alien and Quark battles)

On to specific comments.