Released for the PlayStation 2 in 2003, Ratchet & Clank: Going Commando is the second game in the Ratchet & Clank series. In this 3D platformer/shooter developed by Insomniac Games and published by Sony, the eponymous duo must stop the menace of the protopet, a Furby turned feral armed with teeth and a ridiculous reproduction rate, and save the galaxy, all while playing some minigames and participating in mediocre hoverbike racing. 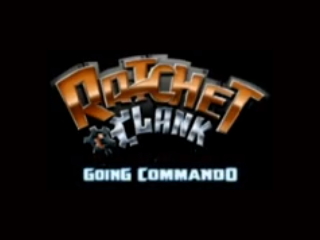 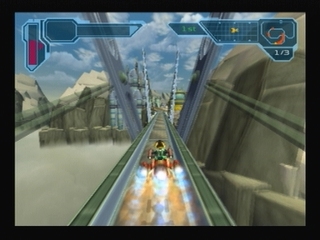 Category note: Skipping planets is considered a major skip for this game.

Before I started this run, my target was sub 2h, and maybe sub 1h45, so a final time of 1h31 was a good surprise for me. I'd like to thank SDA staff and people who follow this run in the forum.

Slope-intercepting : When doing a boost jump (R1 + X) with the HELI PACK, it's possible to jump/boost jump another time "on the wall", to reach inaccessible places. See segment 4 for a good exemple.

Decoy Glitch : This glitch allowed Ratchet to be forced through walls with the Decoy Glove. To execute it, simply walk to a wall, and deploy decoys as close to you as possible. See segment 6 for some uses of it.

Decoy Lock : By deploy a decoy behind an indestructible surface, ennemies that are affect by the decoy glove will not be able to destroy it, so they will try to destroy it indefinitely (and sometimes they will don't move anymore as long as the decoy will not be destroy). It start to become useful at segment 10.

Better Fire Rate : It's sometimes faster with a weapon to shot, then use the OmniWrench, then re-use the weapon than to wait the time between two shots of the weapon. I only used it when fighting Chainblade (with the Gravity Bomb) and Mutant Protopet (with the Bouncer).

In this segment, I have to kill as many enemies as I can without losing time because I need the Heavy Lancer before the fight with Chainblade.

Skip the boss fight and the little trick after getting the Dynamo are two glitches hard to do.

First I upgraded the lancer before the fight with Chainblade, next I fought Chainblade and B2 Brawler (90% of the attempts failed here).

The last little difficulty was to not fall into the lava before the last transponder.

Purchase the Pulse Rifle and start to upgrate it with the T4L leader.

As usualy, the Clank part is boring to watch.

First use of the Slope-intercepting.

Luck is the key word in this segment.

First use of the Decoy Glitch.

I got the Platinum Bolt for later.

When you can't buy a weapon in the Ship Shack, if after the game have said "you can't afford it", you quickly try to buy a weapon that you can buy, then you will buy the first weapon for the cost of the second. So this glitch is useful with :

I upgraded the Pulse Rifle by killing 7 robots, and I got many bolts for the next segment. Now with the Vaporizer, the boss is easy.

In Tabora, I upgraded the Gravity Bomb because it's the best place to do it (in Dobbo, stronger robots will appear and the Mini Nuke will be necessary). With Shock Mod, Vaporizer can one shot kill all ennemies until Snivelak.

I got some bolts to get the Hurgis Cloud coordinates (10.000 bolts), take some damages to save time, then an OOB glitch to skip the Glider area (but after a death is necessary because the warp system doesn't appear if you did this glitch).

Mini Nuke is perfect then to kill the robots without losing time (Vaporizer for the tanks).

Finally, the Clank fight was VERY good, since the "T4L lock" isn't guarantee, but the T4L leader didn't get a chance to flee (this seems to be a detail, but it saves more than 40s to not run after him).

With the Nuclear Detonation Device, Hrugis Cloud is easier...

In Todano, each rocket need 5 Vaporizer shots + 1 hit of any weapon to be destroy, and I need to destroy the four rockets.

Many enemies in this level are unaffected by the Decoy Glove, that's why the area before the first checkpoint and the area after the second checkpoint are very hard to cross (I die after 2 or 3 hits only...)

Skip 3/4 of Boldan with the Insomniac Museum trick, then reach the end of the level thanks to the Decoy Lock.

Then the rest is mainly Clank parts...

Perfect flight missions (I add the third flight mission because I will really need these bolts to purchase the Bouncer in the last segment).

Very good boss battle (except the last part, but I was lucky on it because the boss hurt himself).

Only two things to do : get bolts and dodge enemies.

An easy slope-intercepting in Grelbin. Note that the Arctic Leviathans can kill me with only one hit.

Yeedil was a little bit harder, but it was not a big deal.

Even with the Decoy Glove, this segment was pain.

Pictures are better than words.