Released in July 2012 for PC by Totem Arts, Renegade X: Black Dawn is a first-person shooter game that began life as a mod for Unreal Tournament 3 based on the game Command and Conquer: Renegade. Tanks. Gimme Tanks. Tanks and Orcas. 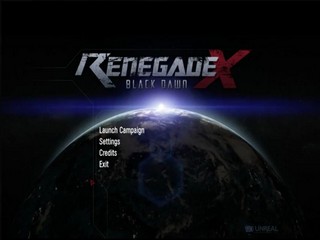 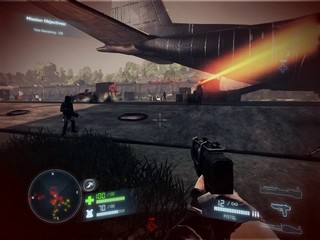 Individual-levels run on Easy difficulty in 0:18:42:

I timed from the moment the HUD becomes visable till the moment when the HUD fades out.

Level 1 - Invasion
I took the left side, because there is no APC and you don't have to go through the bunker twice.
It also lines up all the targets.
Time: 0:57

Level 2 - Sand in my boots
Straight forward to the top of the watchtower.
Time: 0:18

Level 3 - Not according to Plan
The exploding scene is not skipable. Most of the fights are avoidable if you go through the forest.
Time: 2:10

Level 4 - Baby Sitter
The MRLS just need to be triggered. The rest is scripted. There can be enemies alive too.
Time: 1:45

Level 5 - Twisted Metal
Same here. You just need to reach the defence line and hold on for some time.
Time: 2:10

Level 7 - Time to Rock 'n Roll
The artillery needs to be triggered, meanwhile there need to take care that the tank doesn't get destroyed.
That would lead to a big time loss.
Time: 2:06

Level 8 - Roasted and Toasted
The Tank driving is pretty much straight forward. In the base it get's tricky because the explosive barrels are a big threat.
Time: 1:50

Level 9 - Desperate Measures
Death warp to avoid get out of this conversation and blow up the wall while they are talking. The rest is just running and driving.
Time: 1:43