Released in 1996, this game launched the Resident Evil series, including many ports and remakes of the various games. The Director's Cut version adds an 'Arrange' mode with some items in difference places from the original game. You play as either Chris Redfield or Jill Valentine of the S.T.A.R.S. Alpha team, sent to find the S.T.A.R.S. Bravo team who lost contact during a murder investigation. 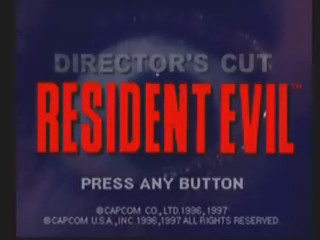 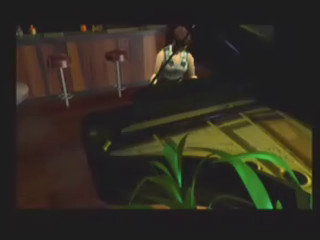 Category Note: An 100% run is classified by acquiring the good ending. Also, Advanced mode is simply another name for Arrange mode; they are not separate categories.

This speedrun was finished on November 02, 2007, playing by New Game in the "Advanced" mode(also known as "Arrange" mode in the Dual Shock ver.) and finishing with the bad ending; the final time was 1 hour 07 minutes and 17 seconds. Played on an old model PS2 (SCPH-39000) with the "Texture Mapping" option set to "Smooth" on the PS Driver, I changed it because this option gives a better quality to the game textures. And you can notice that this option did some little sound delays happen in two or three cutscenes(nothing special), just in the cutscenes, in the all rest of the game is all fine.

The fighting bosses with Jill is really fast and easy thanks to her Bazooka. There are some differences in the strategies compared with the Original mode:

The estimated time of errors is approximately 10~15 seconds.

My biggest gripes about using Chris compared to Jill is the loss of 2 inventory slots and the lack of the Bazooka. His perk, though, is his increased health - which equiates to 1-2 extra hits in some cases.

With that said, I end up needing the Shotgun for a good portion of the run, and also for all bosses except the Giant Spider and Tyrant, since I don't have enough ammo for the Colt Python for the Giant Snake and Plant42. Those 2 bosses alone take over 30 shots!

I should also note I chose to aim for the best ending by saving both Rebecca and Jill. This means I needed to figure out the fastest way to keep Rebecca alive, which is partially determined by where I meet up with her.

The case is that I DON'T want to have her help during the Plant42 fight, since it's quicker to go 2 rounds with it save Rebecca from the Hunter, then it is to have Rebecca make the V-Jolt and bring it to the basement. This means I need a "NO" situation.

If I meet her in the upstairs hallway with Richard then I need to go get the Serum for him. The "NO" situation here is that I get the Serum to Richard late, and he dies before I get there. The problem is even if I trigger the quest as early as possible, I still don't take long enough for him to die (15 minutes). At most it only takes me 10 to all the running around, so that would mean having to kill 5 minutes with nothing else that I could be doing. This is also the only way to keep the Serum for the Snake fight in the Attic. Also, to save Rebecca later I'd need to plow through 2 Hunters just to get to her.

If I meet Rebecca in the Infirmary, then Richard will already be dead by the time I get up there, so I won't be able to have the Serum for the Snake fight. All I have to do is respond "NO" when asked if I want to take Rebecca with me. Later on I'll have to save her just outside this room, which isn't that far out of the way (2 rooms), plus it puts me right next to a magic BOX, which I need to hit at that time anyway.

My fights with Plant42, the Snake, and Tyrant could have easily been faster. For Plant42 I ran around way too much during the 1st round, when I should have been shooting more often. For the Snake, I just couldn't find a decent way to avoid him after taking shots, and also got caugh on him once. Tyrant I just ran too much.

Still pretty solid overall, but could be improved with practice.

Jill's mission was actually easy compared to Chris'. Her Bazooka makes short work of bosses, which eliminates the need for heavy use of the Shotgun and Colt Python.

Her main drawback is that she can't take quite as much damage as Chris, requiring a little more attention to her health. Having the 2 more inventory slots and the Bazooka more than make up for it, though.

Saving Barry is a lot easier than saving Rebecca for Chris. Just make sure to wait for him to get another rope, and accompany him in the caves.

There was a slight inventory mishap in the caves. After killing the Giant Spider, I head to the save room to deposit the Square Crank, and also to pick up the First Aid Spray and deposit that as well. I completely forgot to put the First Aid Spray in the BOX, and ran through 2 rooms before realizing my mistake. I had to run back and deposit it before I could continue since I didn't have the inventory space otherwise.

This speedrun was finished on November 07, 2007, playing by New Game in the "Advanced" mode (also known as "Arrange" mode in the Dual Shock ver.) and finishing with the bad ending; the final time was 1 hour 10 minutes and 17 seconds. Played on an old model PS2 (SCPH39000) with the "Texture Mapping" option set to "Smooth" on the PS Driver, I changed it because this option gives a better quality to the game textures. And you can notice that this option did some little sound delays happen in two or three cutscenes(nothing special), just in the cutscenes, in the all rest of the game is all fine.

At first, I was just going to use the item box two times, but to get more 'flexible' with the route, I changed the strategy and decided to use it four times.

The estimated time of errors is approximately 20~25 seconds.

This is a start to finish single-segment completion of Resident Evil 1 for the psx using Jill. The following run is a knife-only run; this means that only the knife is used throughout the entire duration of this run. The final completion time is 1 hour 9 minutes and 17 seconds: currently the best time in the world. This run was recorded on a VHS tape and sent in to this site: there is no disputing its legitimacy.

Overall this is a decent run. I know I could do better but I don't plan on playing through this game again for a long time. I had to heal on 4 occasions throughout this run which could have been improved on and the storage chest was used only once. I estimate that the fastest possible time for a knife only run would be between 1:07:00 - 1:07:59.

There were several small mistakes in this run but I'm still satisfied with the outcome; though the zombies in the guest house really did a number on me (I shouldn't have gotten hit at all...but messed up). I'm satisfied with the boss fights and even ended this run with a flawless victory over Tyrant.

For PAL gamers you should note that your times are not comparable to this run. The PAL version of Resident Evil runs slower than the NTSC version and as a result the finishing time for PAL gamers will never be this low. I can't say for certain what the actual time difference is but I expect it to be between 8 - 11 minutes.

If you have any questions, comments, suggestions for improvement please e-mail me at 19Duke84@gmail.com