For maximum confusion, S.O.S. is one of two games with the same name released in 1993 on the SNES about rescuing passengers from a sinking ship. This one is by Human, of Clock Tower, Kabuki Quantum Fighter, Monster Party, and The Firemen "fame." S.O.S. fashions itself as an interactive movie where you select one of four main characters and platform your way to one of each character's several personalized endings. This game would totally seem like a rip-off of the blockbuster Titanic movie, except of course that it came out four years earlier. 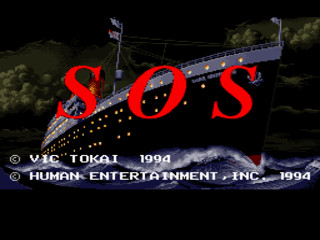 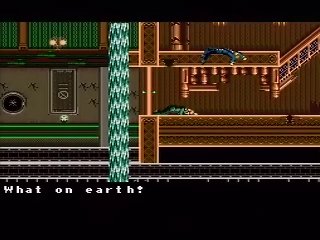 MAGFest seller for selling the game for $6 (haw haw, you got ripped off).

I originally did this run as Luke in 3.41 and talked to Mike about submitting it, but while it was sitting in verifier hell, I decided to try improving it. I played around with some other characters as well, and managed to achieve a freaking 3.19 (!!!) with Jeffrey Howell. The only problem? I wasn't recording. That burned so badly.

Not to worry though, because this one is better than that run. Yay 3 seconds, even with some minor errors.

Almost all of it hinges on the luck you get in the pipe room, because it randomly decides to take an eternity to rotate. I used to like the boat going clockwise, but I've discovered that counter-clockwise is far better. You lose a small amount of time two screens before the boiler room, but you gain a lot from a shorter route in the elevator shaft.

Also, even if the boat turns to the left quickly, it randomly turns back to the right within seconds. The programmers were clearly sadists.

Other than that, I think this run is fairly self-explanatory. Please note there are a few mistakes in this run that probably kept me from a 3.14 or 3.15, but I'm ok with that. Do it yourself if you don't like it.