Released in August 2008, S.T.A.L.K.E.R.: Clear Sky is the prequel to S.T.A.L.K.E.R.: Shadow of Chernobyl and puts the player in the role of yet another stalker stuck in The Zone. It features more artifacts, items and abilities while retaining the things that made the original great, like the open world or vodka used as anti-radiation aid. 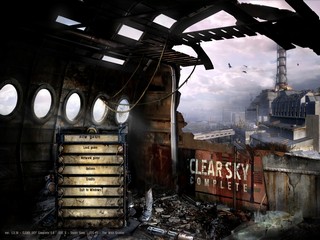 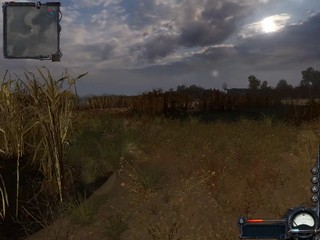 The run was done with Version 1.5.10. For 2 reasons this is a good choice. They fixed several bugs, which
can cause crashes of the game and you a rifle and a jacket. Both need to be selled, to get energy drinks.

Clear Sky Base:
Its just running from one person to another. Trader - Barman - Lebedev - Trader - Exit, and of
course sell the start weapon and the leather jacket, to get energy drinks.
5 are needed for the swamps and 2 for Limansk.
Time: 1:16

Swamps:
This level is by far the longest, infact its about 50% of the run. The return to the clear sky base
can be skipped by finding shelter fast enough. The only option is the small pumpstation, but there
are some enemies. In the swamps is a "Twilight Zone", which is like a end of level trigger.
But instead of getting to the next level, you skip some level and get to the end of red forest, or with
other words it seems like a dev testing relict.
In order to get there, you need to go oob. In the north is a small hole in the fence, were it is possible.
Basically you need to run around to map, to get there.
Time: 7:35

Limansk:
Several parts of the level can be skipped, mostly by grenade jumps. The most important skips are the abandonned
building full of monoliths and the eletric fence at the end. By being a lot faster then the clear sky group you
meet at the start of the level, you avoid all the ambushes. In the small park, with dead bodies
i geared up a bit (getting the last energy drink, some ammo and some medipacks).
Time: 2:49

Hospital:
Using the rifle as a crowbar is the most important trick here. I always jump once, to get on the trim around the
door and make the trick more constant.
Time: 1:41

About the timing, i started at beginning of the level and stopped at the end.
Thanks to Onin for the route.