Developed and released by Square Soft in October 1995, Secret of Evermore is a spiritual successor to the acclaimed Secret of Mana, with which it shares many similarities. The player guides the protagonist and his dog across a mysterious realm fashioned out of places reminiscent of real world history. 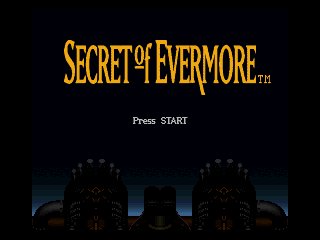 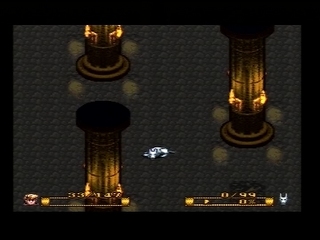 First off a couple of shoutouts - To TheAngryPanda1 who honestly deserves a TON of the credit for where this game is at in terms of routing, planning, even some of the tricks and what have you. Without him we wouldn't be anywhere NEAR where we are in terms of overall times.

Crawek - I hate you...because you're so damn good at this game and you keep pushing me to do better :P. Thank you.

Lemonsx, LoveableLampchop, Vultuz, GreenAmbler, AsFarAsIGet and all the other Evermore runners out there who came by, ran the game, and watched through the struggle, and everyone else who came up with ideas, tricks, tips, and etc. You all are amazing people and I'm glad to see you everytime you say hi.

A little background on this game and where it's come from and where it's at now...I don't remember the exact timetable so it might be a hair off but 3 years ago I decided I wanted to pick up my first love when it came to RPGs. Well that game was Evermore. Imagine my surprise when I said I was finally going to route and run it that a segmented run suddenly appeared on SDA almost a week before I was going to get my cart in the mail. After watching that run repeatedly it was then I knew I could easily crush that time with just a few quick improvements and then some. Fast forward 3 years+ and a lot of crazy things later and you have a run that went from a segmented 2:45:xx on PAL to a Single Segment 1:18:58 on NTSC. It's just crazy how much the game has evolved and I'm still loving it to this day with all the new little tricks and tips we find.

Dog Leashing - Basically if you push select within a certain frame window of releasing a directional button. You can manipulate the AI of the dog to move in that direction allowing you to bypass NPC triggers and cutscenes.

Multi-casting - While you have control of the dog you can open the boy's menu and cast Alchemy 8 times instead of the normal 2 and can cast them incredibly fast.

Rock clipping - Moveable rocks are considered interactable rocks. We despawn the rocks because the game can only display so many sprites with a certain radius of the camera position.

Blimp Skip - We get the dog early with a frame perfect character switch going into the cave from the beach to the upper beach and then AI leash the boy across the pit.

The Atlas Glitch - is how players do 999 damage with any non-100% energy attack, unless it's a critical attack. This is accomplished by getting poisoned by an enemy, using Pixie Dust, then Atlas Alchemy, and finally dieing. When done with proper timing (right as a poison tick is about to happen) you will have a 65### as your attack stat. The closer you are to the poison tick, the lower the ### will be. ᕦ(° Д°)ᕤᕦ(° Д°)ᕤᕦ(° Д°)ᕤᕦ(° Д°)ᕤᕦ(° Д°)ᕤᕦ(° Д°)ᕤ
Underflow/Invincibility - are a slight bit more complex in how you get them. You start off doing the same thing, but need to also be hit by an enemy that can debuff you with either Confound or Plague before casting Defend+Atlas. This will result in the game permanently thinking you are dead, which means you cannot be damaged by anything other than global class damage. If you don't want Invincibility, you just remove the part about Confound and Plague.

Banquet Skip - When you enter the cutscene for the banquet as the boy, hold down + right and sprint. You will lose your HUD but be able to progress through the game as per normal. Once you reach Footknight and progress through the stairway under the chessboard maze area, you will regain the dog.

Saturn Skip - Saturn Skip is a frame perfect character event transfer glitch. It's done by placing the dog above the entrance you want to go in, hitting B, then select the frame after. Doing this correctly will force the dog into the elevator and the boy will clip through everything else to do so as well.