Taking place before The First Encounter in the year 2060 A.D., humans are uncovering the Sirians artifacts. Mental decides to attack Earth, starting a three-year war in which humanity finds itself on the brink of extinction. Its last hope rests with the Sirian Time Warp, and using it to travel back in time to 3000 B.C.. 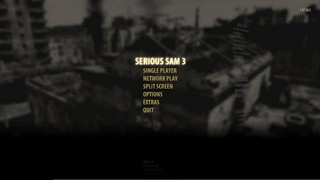 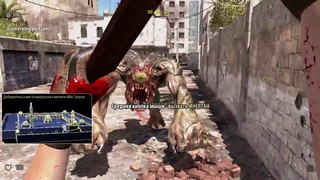 I do like to thank Ryason55 and Sly7745 for their previous runs and especially thank big jim for his run and tutorials witch really helped me a lot (since I can't make the editor work properly on my computer) even if his run is a bit out dated the tutorial really helps you understanding how the game works, I strongly recommend it to you if you want to run this game

I'm not very happy with this run, but I think I lost patience and wanted to show something

In this run I will use a "new" trick, or let's say an evolution of Sly7745's rocket boost. Sly's rocket boost is done by only shooting at a wall in a specific angle while hitting the forward key at the same time, that makes you jump onto that wall, this trick can only be done at low fps (around 60 I guess) but a friend (chaos) and I discovered that at higher fps (around 120 and more) you can do 2 other rocket jumps:
-the "space jump" where you just jump at the same time you shoot a rocket (on the wall at a specific angle :)), with that jump you can control yourself a bit will in the air but that's pretty much it
-the second one that I just call the "rocket jump", it works the same as the first one, but instead of hitting the jump key you hit the crouch key, in that rocket jump you can't control yourself in the air, but you can control the direction you want to jump into and what's super cool is that it works on any walls AND destructible objects in the game like pylons, street lamps and palm trees!! this is the one I will mainly use on my run

Summer in cairo:
-nothing special done there, I lost 2 seconds but I'm ok with it

Into the spiders nest:
-I found by accident that you can save about 4 to 6 seconds by jumping back down and climbing up the statue again after hitting the secret button

Broken wings:
-Well, there is 2 routs, one is shorter, I toke that one

No place to hide:
-I'm very annoyed with this level. I could have done a big rocket jump just after picking up the rocket launcher, but it appears that if you get into the zone where you are supposed to fight the boss at any point faster you have 50% chance that the technopolip gets stuck behind that building in front of him and you loose too much time moving around on the map to unblocked him. that makes me pretty sad cause you could save about 15 seconds easy. We have the same issues at silent Ridler :/ hopefully it will be patched someday :D. there is a very good post by Ryason55 about that by the way.

Under the iron cloud:
-I was a bit sloppy there but it's a funny route getting oob witch saves about 30 sec on the "old" route :) (time saved witch I instantly loose on a bad boss execution)

The silent riddler:
- little funny thing here is that from the "second part" of the map (after the 4th rocket jump) you won't take any falling damage at all, so from there I just go with the highest and longest rocket jumps possible. But once again I messed up with a lot of rocket jumps, normally I hit the final trigger in under 1 min. The boss zone.... annoying as always, I lost over a minute there :(

Unearthing the sun:
-one of my favorite maps with a lot of rocket jumps :). My personal best on this specific rout is 58 seconds, but I can make it 7 seconds better with a tiny modification of the route but it makes it a lot more dangerous (getting eaten by the sand whale) so i decided to pick the safer rout

Dark bridge:
-Yes I know there is a shorter rout where you can end the map in under a minute but while i'm running the game at high fps I have to run fraps in addition to obs to slow down my fps enough to be able to do the correct rocket boost then I thought it could be considered as a cheat so I decided to do my B route which can be done in about 1min30 if well executed so I potentially only loose 30 seconds there. I forgot a few rocket jumps at the lever room and another to avoid the trigger for the hatchling spiders to spawn in the room where i get outside

The power of the underworld:
-rocket jumps and as always a failed boss zone yippy!!!

Lost temple of nubia:
-damn I hate myself for missing that one twice!! I guess I was way to stressed knowing I was very close to victory :). I lost 90 seconds because of that. This glitch is not that difficult to do, you just need to take your time positioning yourself correctly and then hit the backwards key and jump key simultaneously a few times then continuously jump will your thrown away. I suggest you look backward during the boost just in case, otherwise the sand whale can spawn just in front of you and instantly eats you, normally your going too fast for this to happen but it's always very frustrating to die at two maps from the end of the game.

Last man on earth:
-the lever at the room with plenty of hatchling archanoid has always been very difficult to activate without killing a few of those (E key is for "use" and "melee attack") because you often grab an archanoids head instead of activating the lever, but you can use the aim button (right click) to activate buttons and levers which makes it a lot easier.
-i didn't really optimize the rocket jumps on the gas cans zone and you don't really need to kill that technopolip cause your ending this section too fast for him to be a real threat (the witch only has time to grab you once or twice max)

Guardian of time:
-I could have done the mutilator boost to finish the map faster but i don't feel comfortable with this glitch so i didn't use it.
-the last rocket jump seems to be impressive but it's very easy to do, just aim at the right direction and you get it:)

My sum of best (on single segment runs) is at 32min50, but still not perfect so i really think that it is possible to approache the 30minutes gap with a perfect run! Up to you now :D