Released worldwide in 19th August 2009, Shadow Complex had the most successful debut week of an Xbox Live Arcade title with over 200,000 units downloaded. You play as Jason Flemming on an adventure to save your new girlfriend Claire who was taken away by soldiers, that leads to an underground complex with high end technology and plans to launch an airship to attack San Francisco California. Gameplay is heavily inspired by other Platform Adventure classics such as Super Metroid and Castlevania: Symphony of the Night, the winning formula for a very well received XBLA game. 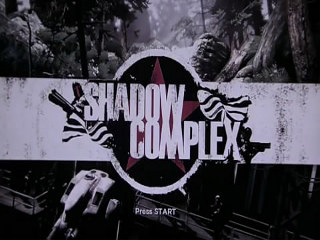 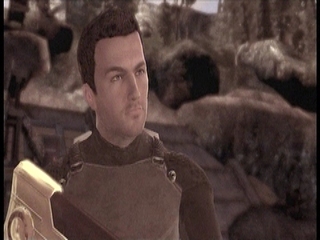 Well here it is, the most optimised run of Shadow Complex to date, that it's currently number 1 on the in-game time leaderboards!!

After the AGDQ 2013 demonstration, I decided to get this Any% category out of the way once and for all and it took a bit longer to finish than I expected. The in-game Any% is probably more frustrating than GTA Chinatown Wars because this game has a dumb execution trick now.

My 7:28 run back in July was actually fun to play through because there was a lack of picky tricks. Then during the verification of my 7:28 run, I discovered a game breaking glitch that allows the player to warp to the left (sometimes to the right) of the map in light speed,

I figured out where I should use it in my New Any% route which enabled me to skip both Missiles & Jet Pack, even though the run is shorter, it starts to get really challenging right after Claire gets taken away to the chopper.

1) The corner warp is very picky input wise, you have to 'fall down' but also 'climb down' at the same time. This is a glitchy fall, if you perform a glitchy fall towards a corner.... you warp. Don't ask me how it works, it is graphically powered by UNreal engine 3 after all :P

So performing the corner warp first try is a huge deal for a run this short now.

Oddly enough speed running through the final battle without a jetpack is quite a challenge because you have to create foam blocks for the first two Nuke stations. Loads of inconsistent stuff can happen like,

A) Failing to grab the edge of the platform

B) Foam tower aiming is a bit off

C) THE JUMP BUTTON NOT RESPONDING

After the first two nuke launches. There is a way to activate the third nuke during the counter attack script cutscene and that is done by going inside the supply room and going up the ladder/wall via wall jumping. Sometimes this bit can screw the entire run because either Jason doesn't jump up properly or the jump button doesn't work.

After the opening trap door comes the final trick, the most important jump. However there is a shielded guard who can mess up my jump. Fortunately there is a way to kill him and then I jump from a specific spot as I'll lose control temporary due to the upcoming cutscene. If I time my jump correctly, I can activate the final nuke during the counter attack cutscene. This trick is very important which is a difference between sub 5:15 and sub 5:20.

This is the easiest way to describe this trick. Basically when you start up the game, you are asked which storage device you want to use to save your data, press B to ignore this because for some interesting reason, it tweaks how Load Last save works.

-Usually when you have chosen a storage device, Load Last save functions:

* Takes you back to a previous checkpoint.

- Forgetting any events that happened like notable foam/grenade/missile doors being unlocked and any in-game cutscene you've encountered.

-However if you decided to say no when choosing a storage device, Load Last save functions a little bit different:

* Takes you back to a previous checkpoint

+ Remembers any events that happened like notable foam/grenade/missile doors being unlocked and any in-game cutscene you've encountered. So performing the load last save during the self destruct sequence, the game remembers that you have done it!

The Z-Slide technique. It's called the Z slide because normally Jason slides along the X-axis which is basically going to the left/right. The Z axis is where Jason slides towards the in-game camera or the background, each kind have their own use. Unlike the 7:28 run where Z-Slide dominated the game, this trick is only used ONCE during the current 5:14 route and that is early foam. I can't believe that foam spot in a good place because I use that foam for corner warping that happens roughly 35 seconds after obtaining foam.

For the early foam Z-slide:

So people are asking for a 100% run of this now, there are a few problems.

The fastest in-game time strats involves NOT skipping cutscenes with a very few exceptions on some. Secondly the in-game leaderboards only tracks the fastest campaign playthroughs of all time, so there isn't a filter that shows 100% completion.

I could get a incredibly good execution on 100% in RTA fashion with an in-game time of 55:30 but if I was going for in-game time strats you can easily save ~15-20 seconds because you gain control much sooner if you play the cutscene fully, but the real time recording will roughly be 1h 20m long.