The story of the third or fourth Shadow Hearts title, depending on if you count PS1's eccentric Koudelka, commences around Brooklyn, New York, but extends copious air roots in every which direction. Johnny, a teenage private detective, with a very heterogenous band of allies find themselves tailing a reticent strange lady dubbed "Lady" and her killer lackey, "Killer", to broadly speaking the ends of the Earth. The rest of the plot is too Japanese to recount here but there are multiple interesting gameplay systems that help set the series further apart from its kin. 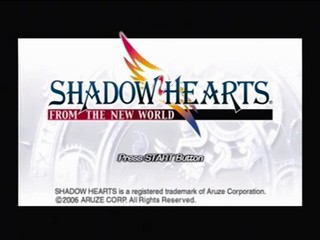 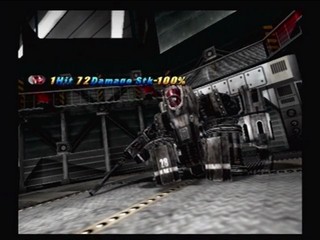 I owned the Shadow Hearts series for awhile, but never really got into it until theLCC started running the game. I didn’t even finish the game once until mid 2015 or so. However, the run looked really fun, so I eventually started digging into it late 2015 and picked it up by the end of the year. After a brief hiatus to practice for RPGLB, I grinded the game for about a month and a half, which is where we are now.

A bit of history - this version of the run is actually the 3rd major revision to the route. There was the route we used back in 2015 and an even older route that was developed by Nero takeneko. The big change in every revision has made the game faster, but as a result, also much more dangerous. For example, in the first version of the route, you used to Standard Rings, which were wider and easier to hit. However gradually, most of the safety has been phased out, leaving just the necessities now. As a result, this run is quite exciting from start to finish. You’re actually very likely to die after about 2 hours in, so to finish a run, let alone one that is below 4 hours, is quite a feat!

This is my first time providing commentary to a pre-recorded run, but it should be quite comprehensive. Here’s a brief breakdown split by split:

New York - Erick Theatre - This was the best time I've ever gotten on this split. Typically, this is like 7:40 on a good day and about 8:00 on average. I saved a bunch of time here due to really great formations and a new trick. Namely, in some cases where the formation is split up into 2-1 packs, you can use a Double with Johnny to save a Ring Input and watching 1 of the enemies act. The downside is that if your physical gets evaded, the enemy will take 2 turns. Still its early in the run, so worth taking that risk.

Arkham - Underground Path - My old split here was actually really good. Like 1 encounter and then an excellent boss fight. I saved like 2 seconds or something, mainly due to faster menus.

Grand Canyon - Tatanaka - There's a full minute to save here; I only manage to take about 30 seconds off it. The main problem was I was being too safe cause I was afraid of missing the rings. So Shania didn't do enough damage and my stock gauge was out of alignment. Shania actually ended up going berserk, but thankfully, was still able to finish the fight without any major consequences going forward. Some immediate impact though in the next couple of fights and losing a Studded Belt.

Chicago - Capone's Elite - I lose about 20 seconds here. This mainly occurred due to bad formations, but also Shania going insane in the last fight meant she had zero stock for this one. This actually really sucks because she'll typically have one bar, and you can have her combo back to Frank who can take out another gangster on his own. I do some bullshit improv and hitting tight rings here to manage, but this shouldn't have been a loss.

Alcatraz - Ronwei - New strat here which I was not good at in my old PB. There's about 2:30 to save and I got 2 minutes in this run. The major time save is all from Ronwei, who we now just do a full blitz down. By having everyone have stock, you can rapid combo to Frank and finish the boss before he gets his second turn ideally. Keep Shania as an anchor and have her combo when the fight is closing to win. You also avoid Seal this way. This is also a rare occasion where I ended up using Endure, which is normally never used otherwise IIRC.

Roswell - Procyon - New strat here as well. We power up Tatanaka so she gets access to Arc Surge. It didn't matter this run cause the turn order didn't really align itself, but it gives you the ability to power up everyone's magic, at which point you can pretty much wreck him. The big thing was just being better at estimating the damage required and killing him before he got too obnoxious. I saved about 20 seconds off the boss fight just due to a better fight in general.

Carribean - La Sirene - There's about 1:30 to save and I basically take all of it this run. There is one forced encounter here, and in my PB, this went absolutely horribly. The big issue is that the enemies may spawn close together and of course, opening turn order is random. If they are all together and Hilda goes first, you can pretty much wreck them before they move and basically save oodles of time. That's pretty much what happened here. La Sirene, we now use Arc Rage. So just mainly that + 3 Shania physicals.

Vegas - Malice Edna - This is one of the few splits where there is ample amount of time to gain/loss. Compared to my PB, there is about 3 minutes to save and I take 2:45 in this run, which is massive. Boss fight was average, but the gangster fights were all pretty good in general. Revised strats means that its a lot more possible to save enough cash to get a Light node Effectiveness upgrade to 20%, allowing Johnny to one shot with Bright Rage on a strike. This saves quite a bit of time as long as you are precise. I had to do some odd comboing here and there though since I did miss some rings when I shouldn't have, so you could save more time here.

Chichen Itza - Jeb Nigas - Bad split. 3 minutes to gain, I only saved about 30 seconds. All of it comes down to the boss and I blew it pretty hard. The tough part is how much stock you have always fluctuates and unlike Edna, he will go after your stock bar, so its not guaranteed you can do a big combo to win. Though the bigger problem, is that I kept missing the strike on Evil Shade. This is pretty much what killed me time wise.

Kerufe - I lose about 1:30 because Hilda got paralyzed in the second forced encounter, forcing me to try and salvage the situation with just Ricardo and Johnny. Terrible. Boss fight, my execution was sloppy, but I had a good turn order and lots of stock, so I managed to salvage it and still save some stock in the end. Optimally, you OHKO him to win, but I missed the strike so I just 2HKO'd him.

Killer 1/Daoros - One of the big discoveries that was discovered in 2016 was that you can stop Daoros from countering if you hit him first. By conserving stock for Kerufe, it puts you in a better position in this fight. It is actually possible to 0 turn victory this fight and I actually had the right turn order for it, but Hilda didn't have stock. I saved about 1:49 of the 2:49 available from the Killer 0 turn.  Still pretty good overall.

Delget - Not much to say here. It can be faster if you get a good turn order with the right amount of stock for Hilda to 2HKO. But this wasn't bad. I saved like 2 seconds, so break even more or less, but there's about 30 seconds to save if all goes well.

Killer 2 - In my PB, I made a really stupid mistake where Hilda didn't equip the Trust Heart. This resulted in the Entranced Surged Hail Dust doing only 3300 damage instead of 3600. So he cast Gale and I had to semi-bunker myself until I could win, losing about 90 seconds in the process. No mistake this time, although Ricardo died. I OHKO him and gain the 90 seconds back.

BabyRage - I get a bad opening turn order on Fish. This cost a lot of time, but the boss fight was also not great. Optimally, one of your guys gets a turn, which then screws up his opening turn when you buff. He got a turn first so I couldn't rely on that and I had to buff around his counters to win. I lose about 2 minutes and 40 seconds to this split, the worst overall loss in the run.

Malice Killer - I save about 30 seconds here due to a cleaner fight and better menus. We skip the Magic Key now completely, so this is pretty much just doing the menu faster and then not getting stuck in an infinite loop against him in battle. Quite dangerous, but I had stock, so even though Hilda didn't kill, Entranced Awaker guaranteed my victory.

Gate - Gilbert - God tier luck for this split. About 20 seconds gained due to the tree being merciful so I got it out of the way pretty quick. Then I ran into 2 pre-emptives along the way, allowing me to max charge everyone's stock. This in turn meant...

Gate - Lady - All the trees after Gilbert, I had full stock ready, which meant that I could do Doubles with Hilda to one shot, combo to Johnny in case of needing an opening Barrier quick and just have more flexibility in general. I also got into very few encounters and the ones I did get into, I was able to escape either 1st or 2nd turn. By the time I was ready to fight Lady, my stock gauges were at very good positions (2 for Johnny and Natan, 1.75 for Ricardo and 1 for Hilda) so I didn't need to grind to build those up. On Lady, I got the perfect turn order opening and executed perfectly, which means Lady dies in 90 seconds. Overall, this saved 5 minutes across the entire trip, due to the trees not being able to do much to screw me over and then Lady dying before she could do anything. It was hilariously, *not* a gold split, meaning that one of my earlier runs had an even better Gate, but this was still god tier luck.

One of the biggest challenges in this game (especially for a single segment / RTA) is that turn order, stock levels and positioning are all randomized to some degree. This can cause certain fights to go extremely well or extremely poorly. Looking over the run, I will say that overall, the luck I got in this run was very good. Especially during the Gate. Execution was merely above average but keeping your nerves together for the duration of a run so dangerous is quite tricky!

Special thanks to LCC, who not only did the 2nd routing and most of the revisions of the 3rd route, but was extremely supportive while I was grinding the game. I probably wouldn't have even tried for a sub 4 time if he didn’t encourage me to SPREAD MY WINGS.

Additional thanks to Claude, falconpunch1001, someddrnoob, Tranq, Gerrick and others in the Shadow Hearts community for their continued support. And of course, thanks to the SDA crew for encoding and tech helping issues.

And with that, enjoy the run! If you have any questions regarding it, you can find me via Twitter or my twitch page (tideruglia). Until next time!