Shadow of the Colossus, both a spiritual successor and distant prequel to 2001's ICO, was released in October 2005 to widespread critical and commercial acclaim. One of the main draws was that director Fumito Ueda eschewed including any minor enemies. Wander, along with his horse Agro, has journeyed to a desolate, forbidden land in hopes of reviving a girl who was sacrificed for having a cursed fate. An ancient power named Dormin instructs Wander to defeat the sixteen colossi, but warns him that "the price you pay may be heavy indeed." 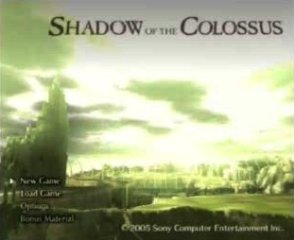 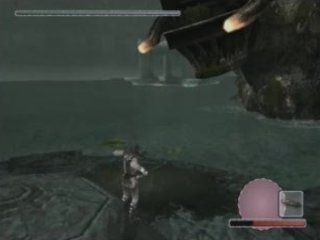 This was my first speed run, and I played with Normal difficulty, no fruits or lizard's tails eaten. The only things I did were: Locate and defeat all 16 colossi. No special weapon(s) used. Sword and bow were the only weapons I used in this run. This run isn't the easiest one. I had many problems, some were smaller and some were bigger, but I didn't solve them all alone, I got a lot of help in the SDA's forum and from Gamefaqs and I can't thank enough the people who helped me out, but I really want to thank the following people: mikwuyma and the whole SDA's staff, VincentAC, conan2 and Enhasa and last but not least Sniper1263! All of them helped me alot. In the SDA forum I got much help, but Sniper1263 didn't help me directly, I watched his YouTube videos and I learned some tricks from his videos, so thank you again! But I've got to thank BGR44's staff for making the SotC Time Attack site where I got a lot of help, because most of the tricks I'm using in Colossus fights are taken from BGR's site so without that site this run wouldn't be here now!

My first goal was to beat this game under two hours. Later my goal became under 1 hour 30 minutes, but I didn't make it. My completion time is: 1 hour 34 minutes 30 Seconds, but I'm not disappointed, I'm very proud of it, because no one has done a SotC speed run before as far as I know.

When I started this run, I didn't know anything about those tricks the japanese players are using, because I hadn't heard anything about BGR's site, when I first saw their videos, I was really excited. So I decided that I'll learn those trick some day and I remember the day when I first time came to the SDA forum and started searching Shadow of the Colossus topic(s). When I finally found one, I read the whole topic and I was really disappointed, because there were few people who said they will do the SotC run, but none of them ever did, so I decided to take that job for myself and now here I am, writing this comment and proudly presenting my speed run! I hope you will enjoy it!

There are 16 segments in all, each segment has the locating and defeating of a colossus. Now I'm going to put my total times on each segment:

And now some notes on each of the segments:

In short, it took almost half a year to complete this run and I'm proud I finally completed it with a satisfying time, but there are many small mistakes and I'm sure it can be done under 1 hour 30 minutes, I didn't make it, but I'm still very proud I did this run and I hope you enjoy it. I really would like to see more SotC speed runs here in the future. I'm waiting for someone who can beat my time and I'm wishing you good luck, because you'll need it! Anyway, happy speed running.

If anyone has any comments, suggests or questions just let me know: greyfox_88 [at] hotmail [dot] com.