Released in November 2002, Shinobi is a homage to 2D action games with its responsive controls and unforgiving gameplay. The game was so unforgiving that reviewers complained about the difficulty and gave the game mediocore scores. As Hotsuma, you wield the soul-stealing cursed sword, Akujiki, in an attempt to stop Hiruko from taking over the world. 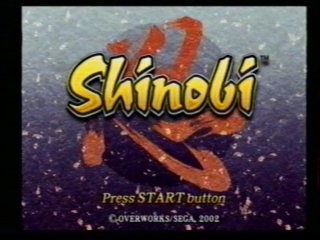 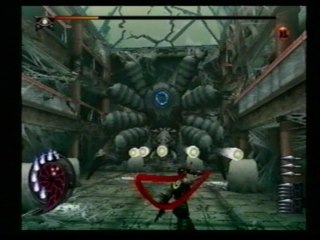 Note: Dying and restarting is not allowed in single-segment runs because they don't count on the timer.

I apologize, sincerely, for the eye-sore of a run I presented to you guys before. I blame the verifiers for deceiving me into thinking I actually did a good run and Mike Uyama for pretending to like it for fear of hurting my feelings (After I had threatened to kill myself if he didn't.) The run actually ended up tormenting me, making me feel like the worst runner on SDA who "barely made it!" to the game list until I finally pulled off this worthy improvement. I literally spent 2 weeks straight...maybe over 7 to 8 hours a day...every day...trying to get this run. And that's after a month of simply testing and practicing each level many, many times.

I'm not going to say that I'm "never" going to improve this run, but I'm taking a much needed long-ass break from this game. I grew tired of the piss-poor story, terrible gameplay mechanics, and bad level design that I began dreaming about after restarting well over 1000 times. I really want to shove a pipe bomb up the guy's ass who came up with the wonderful concept of "Ninja dogs." Also, that glitch on 4-B still haunts me now, along with an equally gay-boss that has a 70% chance of fucking you over, making the level a 2-part torture chamber that almost made me throw my PS2 into a pit of spikes, and then jump in after it.

I'm pretty confident no one else will have the mental capacity to try and beat my time, as some times I reach in some levels are difficult to get even through multiple playthroughs...due to randomness in my favor and much higher quality gameplay. Shinobi's not such a bad game to try and speed run, but when you make it a Single Segment run, it's a fucking nightmare. If Megatherium can beat this record in the near future, I'll not only tip my hat off to him, I'll fly to Japan which is where he will have trained for the run and fucking shake his hand. The only thing that would disappoint me and possibly make me go for an early improvement is if someone got away with pulling off a sub 20 second improvement by simply copying all my strategies and getting better luck or something.

While 1 minute and 15 seconds of an improvement may not seem so "huge" to the average viewer, its like an eternity when it comes to a 30 minute game like Shinobi. This run, that I now present to you with hours upon hours of painful frustration, testing, and research, is actually worthy to be on SDA. This run STILL makes me pissed, due to that fuck-up at the end 6-A which cost me around 10 seconds, but after restarting 1000+ times, and having a a few near perfect runs ruined in the few times over the course of the month I actually got to the final stage and then got fucked over, I pretty much said "Fuck it" and soldiered on. (Famous quote from celebrity Mike Uyama of Shinobi 3)

Anyways, enough of my sad story...lets get to my favorite part of the comments, the Thank You section.

I'm not gonna include any real game comments besides explaining a few things, since that's what the audio commentary is for ;).

Most significant mistakes (In my opinion, besides overall gameplay or getting fucked over by forces of nature):

- End of 6-A, I perform the shuriken burst at the usual spot and one lock isn't broken for some reason. I assumed it was the side lock because I came in on a little of an angle and thought it was impossible that the lower lock could've been the one...this costs me around 10 seconds as I jump around like a retard, finally break it, then jump to the wall for a third time and finally get the hell out of the room. Makes me pissed, and I always hate seeing this part of the run with a huge passion...but again, not nearly as bad as the 25 second hold up in the previous 5-A of my first submission (it was bad people). Of course no significant mistake would be a favorite in a run, but Jesus has other plans in store for my unhappy life.

I'm pretty sure it was only two anyway, and by failed tate's I mean that I screwed it up, not that I shuriken'd the last enemy to death or something. First time was in 4-A, where one of the annoying flies somehow moves in a way where I can't fucking target him, and then I slash him thinking he's dead, try to throw a shuriken...and then shuriken kills the fly killing the easy tate. This pisses me off ALOT. The other time was in 8-B, where one of the purple ninjas act like a body guard to the other one and prevent me from getting the back hit. I know I hear the echo "why not charge sword in there?" The reason is they were too far for a kill (would have to go through and count as a back hit also), and the delay after guarantees a failed tate. Believe me, I've tested the difference. Usually 99 out of a 100 times I get the tate just dashing to them and slashing much more consistantly...not this time of course.

Pause/Charge Sword glitch: I use this a lot, as what it does is basically allow me to charge my sword without forcing me to swing at the air first. I'm not really sure if it's really a significant difference compared to simply charging it (You can release the sword pretty quick the regular way, though its difficult to judge early), but the reason I do it is because that extra slash always angles me wrong or screws me up, and also makes it difficult to tell when the sword is charged enough to release...which is much easier to tell quickly using the pause glitch.

Listen to the commentary if you wanna know more...and with that I'm taking my leave from Shinobi for awhile. I will be back one day to improve it, though that day will come sooner if someone else does ;).