A game that might have made waves like Half-Life had it not arrived rushed and broken, SiN with full patches plays really well and fulfills any FPS fan's fan-tasies. It's a 1998 Quake II engine shooter by Ritual Entertainment with a running plot and gameplay only one step less open-ended than Deus Ex, which is another game it resembles. In SiN, you play Colonel John Blade, member of an independent security agency in the dystopian near future where the state police force has collapsed under pressure from corruption and welling crime. But who's behind the pernitious synthetic drug U4? 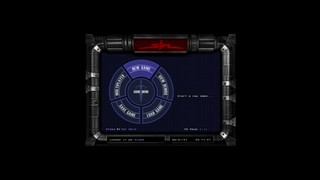 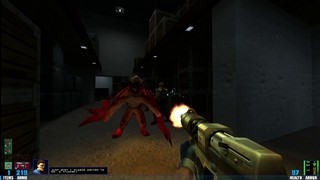 played on retail version of SiN patched to 1.11, along with WSGF resolution patcher and gameplaycrush's windowed borderless gaming utility

recorded with fraps. since the raw videos are too dark, they were pre-processed with ffmpeg using the command

each level is a segment; the game makes an autosave at the start of every level.

the ingame consoles and terminals have some sort of their own, hardcoded fov, which seems to be incompatible with the resolution/fov I am using. the only place where this causes issues is in level 7, where me typing in the password "wellofsouls" cannot be seen in the video

between levels 16 and 17 you recieve a speargun and 40 extra spears automatically for no reason. you can see the pickup landing in your inventory at the start of that segment. you also recieve a scuba gear regardless of whether you picked it up earlier or not.

in level 22 after transforming back into human, you apparently retain all your spider mines from the past. I do not use them anywhere anyway.

in level 25 I apparently retained the mutant hands from a temporary power up I used in level 24. I do not use them since they are not of much use afterwards anyway.