Released in January 1999, Silent Hill follows Harry Mason on the search for his daughter Cheryl after a car accident separates them on the outskirts of the resort town of Silent Hill. The only thing that stands between Harry and his daughter is the town itself; its inhabitants are mysteriously missing, replaced with wandering, inhuman beasts. He quickly discovers a rift seems to have opened between Silent Hill and Hell itself, and the only way to save Cheryl is to find a way to survive. 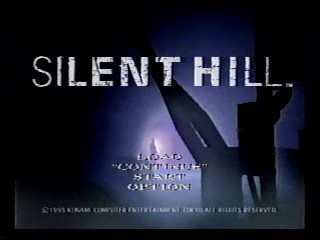 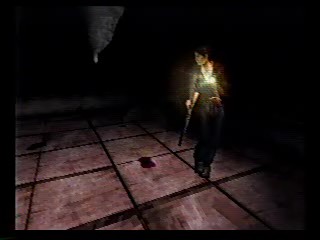 This video is of a Silent Hill start to finish completion of 35 minutes and 29 seconds for the playstation version which was recorded onto VHS and put into proper format by SDA.

This run was completed under the following settings:

-New Game (A Next fear mode would eliminate the first minute of gaming where Harry chases Cheryl...this also ensures that no bonus items are used).

-Any Ending: For those unfamiliar with all the endings they are labeled as

1) Bad (This ending requires you to fight and kill Cybil and not interfer with Kauffman at the Bar and motel).

2) Bad+ (The ending for this run. The shortest of the 4 NORMAL endings. It requires you to save Cybil with the red liquid and not interfer with Kauffman at the Bar and motel).

3) Good (The longest ending to achieve. It requires you to fight and kill Cybil and go through the Kauffman events at the bar and motel).

4) Good+ (The second longest ending to achieve. It requires you to save Cybil with the red liquid and go through the Kauffman events at the bar and motel).

5) UFO (A special ending unavailable in a new game as it requires the channeling stone and therefor is not allowed for my personal speed run purposes).

-No bullet adjust is allowed

-No glitches were used (i.e. throwing the red liquid on a shadow child in the amusement park to skip right to the end of the fight with Cybil).

I believe that about covers that.

If anyone has any questions/comments/suggestions for improvements etc...feel free to e-mail me but take note that I only check it every Friday.