Released in September 2001, Silent Hill 2 introduces the player to the tortured existence of protagonist James Sunderland. James receives a letter from his dead wife calling him to Silent Hill where she supposedly is waiting for him. James embarks on a journey into the dark mistshrouded streets of Silent Hill, trying to find out what has really happened to his wife. Did Mary really die at the hospital three years ago? 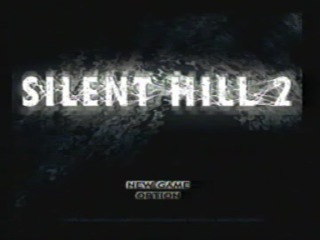 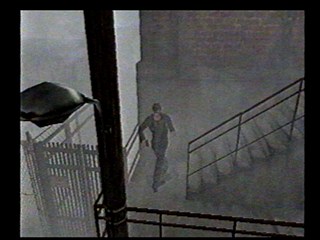 Note: The console and PC versions are separate categories due to differences (such as how the inventory works).

Runs on the console versions:

First off special thanks go to Simon Berggren who worked together with me to invent new ways to shave off time.

This run is a start to finish play-through of Silent Hill 2 on Normal Action/Normal Riddle with a finishing time of 50 minutes and 25 seconds done in a single segment; no special weapons or endings are allowed. Though I'm not entirely satisfied with this run I do not have any intentions of playing through this game again anytime soon so I figured it would be best for me to submit the work I have done thus far. In multi-segmented test runs I've gotten a time of 49 minutes and 44 seconds so I know that under 50 minutes is definitely possible (though it requires a lot of luck; something I don't have the patience for at this point in time). As with all of the Silent Hill games the loading times between rooms is not factored into the final time (this is why the movie playtime and the actual game time differ; this is true on all versions of the game for all games in the series).

There are no real individual parts I dislike it's just that things, as a whole, could have been run through better. Regardless it's still an excellent run. Boss strategies for Eddie and Abstract Daddy are unique to me; I have no knowledge of anyone before me playing through them in that way. Healing items were kept to a minimum; however the times I did heal were necessary. In this particular game your current level of health has an effect on how long you can sprint for (i.e. you'll run faster for longer periods of time at full health). Due to this fact it is important to maintain full health through any areas of the game that require a lot of sprinting. The main section of the game where this holds true is right after the hospital. The events in the game in the hospital cause you to lose most of your health anyways (the scene were you meet pyramid head on the roof; it takes most of your health down automatically) so it's important to make sure you have full health before you leave the hospital (I heal using the R3 button in case you didn't know; it's a quick restore key for those unfamiliar with the button configuration in this game).

I'd also like to make note of one particular trick utilized in this run that I learned from Simon Berggren. When I leave the hospital you'll notice I have my flashlight off and ever so often a message that "it's too dark to read the map" is displayed quite often. The reason for this is that when you're running along the open streets and you run out of stamina (causing you to jog rather than sprint) doing that trick fills it up again. It's a neat little trick that saves around 30 or so seconds from the total time in the run. There are many little things scattered throughout the game that shave off seconds that you may not be able to pick up on; I won't discuss them all here though so if you find them then good for you.

Though I have my grips with this run it's still the current best in the world and, though I know I can shave off around 30-45 seconds, until someone beats me I doubt I'll play it again. I estimate that the best possible time for this game, under the Normal/Normal settings, assuming there are no more time saving tricks to be found is approximately between 49:15-49:30 (and it would require an insane amount of luck for certain parts of the game).

I hope you enjoy watching this video and if you have any questions/comments/suggestions etc... please e-mail them to me: 19duke84@gmail.com

This run is for Maria's quest (Born from a wish) on the Greatest Hits (ps2) and Xbox versions of Silent Hill 2. This is a start to finish single-segmented run done on Hard mode in a time of 6 minutes and 32 seconds. For those not familiar with the series none of the Silent Hill games count load times and cutscenes into the final time calculation (if you weren't aware of this before then now you are).

Overall this was a decent run (I'm never really satisfied with anything I do) completed with no health, weapons used or needless item pickups (the 8 items I pickup over the course of the run are all necessary). The damage I took was what makes this particular run frustrating as all heck to speedrun. Essentially all damage taken, from what I've learned, is unavoidable when taking the fastest route. I take two hits on the way to the roach corridor (the worst part of this mini-game) which normally wouldn't have been taken; I just got unlucky. The problem is that lack of luck was made up for in the roach corridor where I got very lucky in taken minimal damage (by minimal I mean less than normal; it's not uncommon to take 8 hits in that corridor as you have to pass through it twice and all hits taken are apparently random on hard mode).

Anyone who wishes to challenge this run will soon learn how much of a pain it really can be.:-)

If anyone has any suggestions, comments or questions you can e-mail them to me.

This run is a start to finish playthrough of Silent Hill 2 on Normal Action/Normal Riddle with a finishing time of 43 minutes and 19 seconds done in 18 segments; no special weapons or endings are allowed.

The main differences from a single segment run come from taking advantage of knowing how to solve puzzles and bruteforcing luck in boss fights.

I will address each segment to describe the differences:

Parts 01-05 are done in exactly the same fashion as single segment run. Just a cleaner execution.

Parts 06-07. I skip special treatment room and examination room that have the codes to Joseph box just because reloading doesn't reset that code and you can take advantage of that.

Part 11. This tiny segment is a result of using quickload in the bug room right after picking up the spiral key. Shunpuk discovered that when you quicksave after picking up the key (flashlight goes off and the only way to exit the room is to change battery and solve the keypad puzzle) and then quickload, game reverts all the changes made in this room. James flashlight is on, the key is lying on the floor and you can exit the room. Except that the key you have picked up earlier is still in your inventory. As a result you skip bug room keypad puzzle entirely.

Parts 12-13. No differences from single-segment run.

Part 14. I took advantage of knowing where the arsonist body at.

Parts 15-17. I skipped thinner in a hotel basement and knowing what the code is, there was no problem to open the suitcase as fast as possible.

Part 18. I had to rerun this part a lot to get the best luck possible on both boss fights. Sometimes you can kill 2PH in 5-6 hits and kill Mary/Maria in 3-4 hits instead of 5.

This run is a start to finish playthrough of Silent Hill 2 on Normal Action/Normal Riddle with a finishing time of 43 minutes and 23 seconds done in a single segment; no special weapons or endings are allowed.

Here's the list of new discoveries/alterations made (you can count this as a description for my single segmented and multi segmented main scenario normal/normal category runs):

With this strat you won't exceed 12 shotgun shots. Just try to be as close as possible to them and then you will easily get 3-4 shots on each one. Also, if you point James right at left/right Hanger's side the creature will glitch and won't be able to rotate itself to perform an attack. Third hanger is always killed in this manner.

When you are as close as possible to hanger and start to shoot him pay attention to the monster's behavior. You generally would spend 3-4 shots in the closest position. If you interrupt hangers attack (choking) animation with your second shot — do NOT try to finish him off with your third shot, you won't be able to, James is too slow. What you need to do is to rotate James around hanger a little bit to trigger hanger's search mode again. You do this by holding aim lock and pressing strafe keys. This way James will rotate in circle around hangers. You may rotate James to face hangers side — as said above, this will glitch them. If you see that hanger starts twitching towards you (in closest position) that means he's going to attack you, when you spot twitching you need to rotate James or strafe away immediately as attack happens slightly faster if twitching preceded.

If you managed to kill them with 9 shots then you have 3 shots left => 1 shell to kill a monster that blocks your way in a catacomb section and 2 shell for Eddie => no need to pick up additional shells in the prison elevator => one object less to put on the shelf in the hotel.

OBS Multiplatform 0.11.1 to capture the game

This run is "Born From A Wish" done for the PC version of Silent Hill 2. This is a start to finish single-segment run done on Hard mode in a time of 5 minutes and 57 seconds.

There were three improvements to the previous submission:

In several places I use Unequip weapon button to stop Maria from colliding with the walls. Usually you want Maria to touch wall a little bit slowing here down to prevent colliding but I prefer Unequip button.