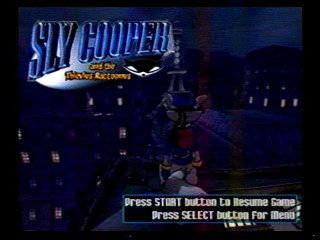 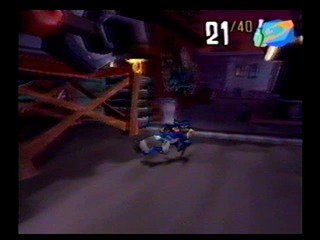 Thanks goes out to Radix and Nate for the obv. (I intentionally abbreviated that to make fun of the people who do abbreviate it) Psychochild and okiyama for spamming along with me in threads as this run came to development. And ... okiyama again for verifying.

An interesting fact is that this run was completed within an astonishing 7 days, though, technically, the run was only worked on 3 of those days. I understand many will find that having so many segments may turn you off from watching the run, or worse you find that I'm inexperienced at the game for having such a high amount, in which, you can think what you want, but it lead to the run being done faster, [doing longer, fewer segments would] provides nothing towards the overall quality of run.

This run came to origin with the intention as a side project to my main attraction to do Super Mario World 2:Yoshi's Island 100% single-segment. But as the 100% SS was becoming more of a pain in the ass, and my tolerance for the game was wearing thin (to a point where I wouldn't want to see it for years to come), thankfully, I paused development and switched to this game. It should be fairly famous that Sly Cooper 1 (SC1 from here out) is ridiculously easy for a game in the 2000's. A first-timer could run through the game in less than 8 hours.

Concerning the tricks I use in this run, many of them are surprisingly developer intended tools. I use the roll move every time it's opportune to do so (rolling downhill, occasionally uphill, and straight forward), as it's slightly faster than walking (especially downhill). The fast move is useless as it speeds up the in-game timer as well, for any further questions about the in-game timer, compare it to the Master Thief Sprint timer, both behave similarly.

I'd say that the sprints are the highlights of the run most of the time. That's where you usually see me go all out with developer unintended shortcuts and often finish, beating the staff times by well over 30 seconds on average. But the TRUE highlight is definitely segment 36; where I purposely jump in the lava 4 times to get a game over. Since I got a game over, you automatically get a lucky charm out of pity from the developers for sucking too much. And from there, I run through all the lasers and make it to the end. Which, obviously, was still faster than the intended way.

It's also worth mentioning that there was a possibility of me going on a Sly frenzy to speedrun all 3 games. But, the unskipable cutscenes about Sly's (quoted from Psychochild) SUPAR SNEEEEEEAKY MOVES AKA how to hit the circle button when next to obvious indicators to hit the circle button pissed me off beyond reason. And I hear Sly 2 and 3 have almost triple the amount, screw that! Plus, from what I hear, this one is the fastest of the three, which isn't that fast to begin with. I originally intended to do individual sprints as well, but since I doubt people would ever compete against it, or care, or download it, especially when the 100% already shows all of that off, I never did it.