Responding to a gaping hole in shooters, specifically sharp-shooters, Rebellion Developments' 2005 Sniper Elite places the aspiring marksman in the bedlam of Berlin at the end of the War After the War to End All Wars. Even here, the player may readily pilfer weaponry other than just the lanky Gewehrs and Tokarevs. Similarly, missions entail demo jobs, target escort, and just plain old rendezvous. Voulez vous rendezvous avec moi? 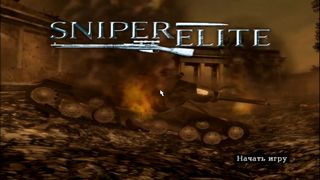 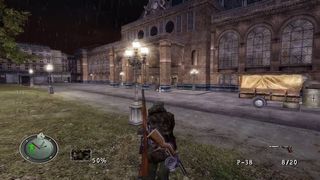 Rookie difficulty should not be run: instead use the fastest "custom" settings. For such runs, you may change these settings during a run.

7:47 - I did segment here because the truck is coming in randomly time, so the segment is just to get better rng.

11:14 - Quick-Save glitch apparently doesn't work with that body, that's why I've made ,,the animation collapse" glitch instead.

13:57 - I need to kill only one guy to move to the next step, the second is begin killed for being sure that the game started to the next sequence (Coming truck to pickup our agent).

31:22 - I've missed that shot on purpose because I felt that tank was too close to me. Also the previous guys weren't that important to kill fast as the tank was moving slow.

35:01 - I couldn't kill all of the nkvd soldiers there because the objective glitches if you kill more than 2 enemies or get too close to them before first objective gets completed.

39:35 - A lot of missed shots there but it's not affecting the timing since you don't need to kill them all to make my team-mates move.

49:32 - the speedrun timer should stop here as soon as the plane scene appears.