Released in August 2000, Spider-Man is yet another video game tie-in with the world of Marvel Comics with a deep and thoughtful environmental message. A lot of Marvel personalities make their appearance as Spidey must try to solve the city-wide smog crisis by shooting silk at bad men. 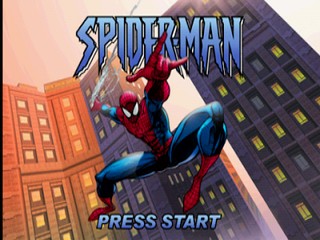 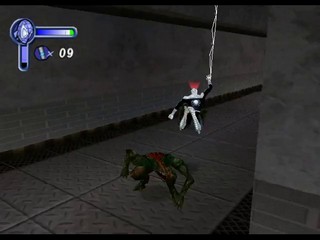 Howdy, I'm Piston and this is my speedrun demo of Spider-Man (2000) on Kid Mode for the PC. First off I'd like to thank Bonesaw577 for doing runs of this game to spur my interest in speedrunning this game. I'd also like to thank Abahbob for playing around with the game and finding useful stuff for the game. Let us not dwell on the details, our city needs saving!

2. "Bank Approach" - I didn't like my swing to the bank, if it were to be a little more to the left it would have been bad news.

3. "Hostage Situation" - Safe strats were used to hear to avoid unloading hostages, which is a big risk of doing this level too quick. There is a way to clip through the door that is opened by button #3, but it's not worth the risk of time and it is only worth your time if you are playing on Kid Mode in a segmented run.

4. "Stop The Bomb!" - Unloading the two hostages in the vault room was purely intentional, heh. Clipping past the door allows us to skip rescuing all the hostages on 'Kid Mode' and 'Easy' difficulty runs. The clip also unloads the thug that opens the door and says "What's goin' on out here?!", as well as the entire vault door that the bomb is thrown into. Despite that additional thug never being loaded, you can still hear his footsteps.

5. "Race To The Bugle" - This level went relatively well. There is a small skip in this level that lets us skip the brief conversation between the two henchman on the rooftop of the tallest building. This is the first level where we get to see the RAZ (release and zip) strat in action. Climbing is the slowest form of movement in the game. We hate climbing. Buildings like you see in Race To The Bugle are great for us. RAZ is also a good backup strat in case you have a bad swing or happen to get lagged out during a jump.

6. "Spidey vs. Scorpion!" - Scorpion is actually a really cool boss once you play around with the fight. Scorpion introduces us to a nasty trick that involves skipping the second phase of this epic battle by simply draining his health before Jameson can escape the room. The fastest form of this skip, found by 'Abahbob', is quite tricky for new players, but the basic form of 'Scorpion Skip' is relatively easy to get as I did in this run. Skipping the second phase is just too good. 'Kid Mode' advanced Scorpion Skip is just a bit harder to pull off since the initial spawn of Spider-Man is different since this mode forces you to watch the prologue. My game has been known to softlock quite a bit when waiting for Scorpion to skip across the room to bust down the wall. Good riddance!

8. "Missile Attack" - Remember how we hate climbing? Our good friend RAZ (release and zip) helps us zip up this building and make that chopper look like a joke.

10. "Scale The Girders" - Some more RAZ action here. Also this is the first instance Spider-Man can automatically kill himself. An awkward landing on the crate can sometimes cause Parker to turn around and fall to his death instead of swinging to the building.

12. "Spidey vs. Rhino!" - There are quite a few different ways to do this fight quickly. Doing it purely hand-to-hand is the hardest. You can also stun lock him with impact webbing. Most commonly you can bait him into the barrels or electric hubs.

13. "Catch Venom" - Doing this mission too fast will cause you to fail. If you get too far ahead of Venom, you're done for. This level was the worst designed in terms of frustration. If you have spare time, take a look at some of the ways players are killed when exiting the hospital. My personal favorite is the N64 insta-death. Doing this level on Playstation emulator is quite the challenge due to the hospital glitch. There's no to avoid the glitch, just hope it doesn't happen.

14. "Spidey vs. Venom!" - Web spikes are optimal here. On harder difficulties this fight is a pain due to the intense acrobatics you have to perform.

15. "Sewer Entrance" - I start this off by getting an annoying game glitch we refer to as 'Auto-Jump'. AJ is an input glitch that uses a jump input each time you regain controller of Spidey. If you happen to get AJ, you'll have a delay of when you can use the input again. Sometimes it's a one-time instance and sometimes it likes to linger like a bad odor.

16. "Sewer Cavern" - This can be a scary part of a Kid Mode run, Spider-Man likes to fall to this death here after he swings through the pipes.

18. "Sewage Plant" - Handy clip you can do here to save a good chunk of time.

19. "Hidden Switches" - Purely elementary my dear Watson. Not sure why this level was even in Kid Mode.

21. "Venom's Puzzle" - The two platforms are differently placed than on the other difficulties, which can mess with some people.

22. "The Lizard's Maze" - Had a lag death here with inputs. Lost 15 seconds. I might have broken the sound barrier with my screech of pain.

24. "Symbiotes Infest Bugle" - This place is known to be a bit laggy, so its best to take the hit from the symbiote standing rather than in the jumping animation.

25. "Elevator Descent" - Auto-Jump makes her return. AJ is slightly worse on Kid Mode since the jump input is the swing input as well. Wall grab was sluggish.

27. "Bugle's Basement" - Auto-Jump is actually useful here on Kid Mode, gave me a nice swing on entry. A little laggy here, reason I had some weird stuff going on.

29. "Waterfront Warehouse" - Warehouse skip on PC is a nightmare. If you happen to be on Playstation it's much easier. If you'd like to see the skip, check out Bonesaw577's speedrun of this game from SGDQ 2013.

30. "Underwater Trench" - Sticking to the catwalk is never a bad idea. You could go along the turrets but the lasers are known to be variable at times.

33. "Spidey vs. Carnage!" - Carnage (on any difficulty) can give you one of two possible beginnings. The best thing he can do is come to you, either by leaping, clawing, or running. The other is his range attack, which happens more often than the first. His start doesn't matter much with Kid Mode and Easy, but Carnage can absolutely trash your run on Normal and Hard mode.

34. "Spidey vs. Monster-Ock!" - I have yet to meet a runner who has ran this game that hasn't had an increased heart rate during this final mission. Lady Lag was quite vicious and caused me to have some very uncomfortable swings.