Released in October 2000 (the Chinese year of the dragon), the third in the Spyro series continues its simple but effective treasure-hunting trend using little more than wings, horns and fire. With the help of a varied bunch of new and playable characters, Spyro must travel the Forgotten Realms to confront The Sorceress and rescue the stolen dragon eggs. 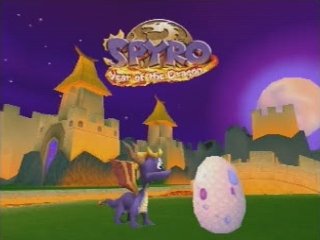 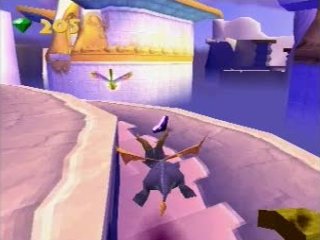 Thanks to Radix and Nate for all their work on the site, and to Mike Uyama for helping with things during this busyness.

Thanks also to the 'really wonderful people' who helped with this throughout its entirety from the moment I hijacked the thread... that basically extends to Peppyman for consistent supportive comments and general nagging (in a good way), and Galactic for the support, interesting and/or useful tricks and extremely helpful route plans.

This run is several times harder than I first anticipated; my memories of repeatedly traipsing through the game collecting everything with little difficulty are replaced with the hundreds of attempts failed while trying to swerve what is essentially a tank with wings around the various locations. Coupled with the need to smash and break every container/enemy and the disobedience of gems (seeing 499/500 three times in a row on any level is mortifying) meant that every segment pushed me to my limits of persistence and frustration. There are therefore a few more obvious mistakes, but we'll get to those later.

The run (I could have either summarised it or wrote very detailed step-by-step explanations of pretty much everything. I did the latter because it gave me something to do):

Unfortunately the secret cutscene is crap. The credits are fairly nice though, and the money-shot right at the end there... Thanks for watching! Hope you enjoyed it! (pretending segment 3 never happened of course)