Released in February 2005, Star Fox: Assault is the 4th Star Fox game, a series known for creative innovations such as the Super FX chip on the SNES and the Rumble Pak on the N64. In Assault, the Lylat system has come under attack by a new foe called the Aparoids, a species of machines made up of one collective mind. Join the Star Fox team and help beat back the Aparoids to save the Lylat system. 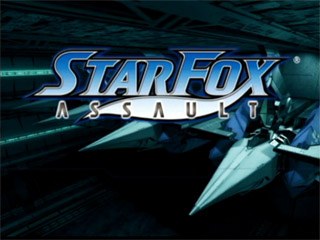 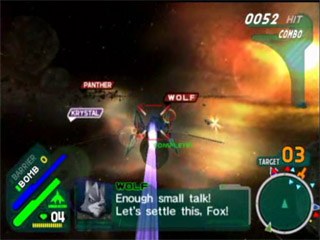 Note on timing: Game timer is used everywhere except for mission 9 which is manually timed because death warping causes the game timer to be inaccurate.

First of all huge shoutouts to these people for making this submission possible:

Nate: For encoding higher qualities and being extremely helpful at the technical aspect of anyone submitting to SDA
Vorpaledge: For helping me get setup with local recording / encoding and making it possible for me to lessen workload on Nate
Forsakencarnage: For providing me with the Dazzle that makes the video / audio quality acceptable to SDA standards
Iqunlimited: For getting my ass in the speedrunning community via irc
Trihex: For swaggin out in AGDQ12 and inspiring me to look into speedrunning, especially the Yoshi community

I originally intended on running Star Fox Adventures instead of Assault but at the time I realized 5 hour single segment runs would not be possible for the time being.
I tried to watch any Adventures or Assault speedrunner stream but no one streamed them on a consistant basis. I was fortunate enough to catch a few people I watched a lot on Speedrunslive play Assault and that was Peanutphobia_ and Brokenarthritis. I knew Assault had a few autoscrollers but the Pilot stages were very cool when done right so I wanted to run it since. Once I got the game to run I noticed a lesser known runner by the name of ModularFive already beat the previous SDA run by 2 minutes. In fact every stage uses strats he optimized fully aside from my use of sniper rifle in mission 9 (his stream is http://www.twitch.tv/modularfive). Just gonna go over a few things about this run since in depth would be boring:

Any time I use an Arwing I use the initial boost then I keep tapping the boost button to do constant boosting. This is only way to make the rail shooting levels faster.
I also limit the amount of enemies I kill in short span so as to not induce lag. Finally bombs are best friend due to massive damage output combined with 2nd laser upgrade mashing.

Blaster is best option for Bronze since charge required isn't always max (red) and grenades are used to speed up an objective (like how I do 1 cycle elevator in Mission 2).

Sniper rifle is 1 shot 1 kill and combined with barrier in Mission 9 it allows for some interesting strategy.

Death Warp in mission 9 went well but shortly after this submission me and Modularifve found out a general strategy that's faster (and more risky) than death warping.

Landmaster controls are bad. But when used the dash attack is fastest way to travel accross flat land.

Bronze difficulty is a fast paced and easy run to do. In the future I plan on submitting an Any% Silver and Any% Gold speedrun as they offer more strats based on better weapons and a more interesting route per stage. Finally I hope you enjoy this run as I have way more runs planned to make it on SDA so if you want to catch my livestream come join me at http://www.twitch.tv/zewing

Special Thanks to all members of Speeddemosarchive and Speedrunslive for making speedrunning more enjoyable and more optimized than it's ever been.