On September 20, 2000, Activision and Raven Software boldly did what few game developers have done before... they released an excellent Star Trek game! In this first person shooter, the gamer plays as Ensign Alexander (or Alexandria) Munro who is second in command of the Hazard Team. Equipped with more energy weapons than Star Trek has ever known, Alex takes on Klingons, Borg, Hirogen and finally the game's own impressive villain, the Vorsoth. Using the Quake 3: Arena engine, Star Trek Voyager: Elite Force strikes a beautiful balance between being a faithfully depicted Star Trek game and a great first person shooter. It's also notable that the game's popularity lives on through its very successful online multiplayer. 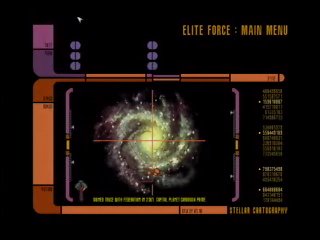 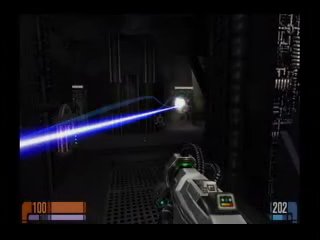 In the 'real world' I'm a nerdy aerospace engineering student with a love for space exploration, so my appreciation of Star Trek is perhaps deeper than the average fan. To top it off, a shuttle went up today, so all is well in the world of this space geek. Of course, it's hard to directly correlate classic FPS gameplay with space exploration, especially when video games and homework are generally at odds. Nonetheless, I thought I'd say a bit about myself for this run.

What's that? You've never heard of a good Star Trek game? Well, I'm not surprised, especially back when this game came out. Luckily, in the last decade there have been a few Star Trek games that weren't abysmal, and this is definitely one of them! With classic first person shooter gameplay, a decent story, and a variety of enemies and objectives, I think anyone could have a great time with this game. I'd say it manages to retain a good bit of the Star Trek feel, but with a bit more shooting and less negotiating, technobabble, and sneering that you'd typically see in the episodes. Think First Contact, but with different subject matter and more enemies than just Borg. Ok, I'll stop reviewing the game now and get on with the run.

Think of this spreadsheet as a full sensor log summary of my entire run complete with comparison's to Jeditry's run. Before you decide that spreadsheets are boring, please humor me and check it out, because it looks good, it's packed with useful info, and, well, I put a lot of work into it!

Here's some vital stats from the run and other useless trivia: