Released in February 1998, Starship Titanic is an adventure game created by The Digital Village and designed by Douglas Adams himself. It takes place on a starship which has undergone "Spontaneous Massive Existence Failure" (S.M.E.F) and did an emergency landing on Earth. The most notable part of the game is the conversation engine, which lets the players input the queries by themselves. 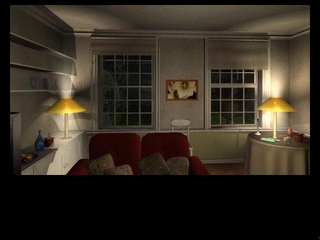 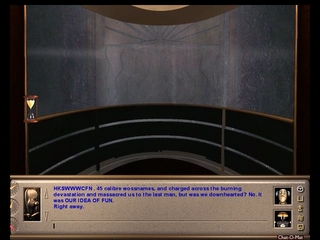 I think this run came out pretty well, although there are a few movement mistakes (which cost a minute at the most). The most costly error in this run is when I go to the first class restaurant before the bar, meaning extra time in the pellerator. Note that the reason why spaces always seem to be filling the chat line is because I am holding ESC throughout the entire run, because it skips the movement transitions, but for some reason this is also interpreted as a space in chat mode, so before each conversation, I send the spaces in order to clear up room for my command. I wouldn't have to do that if I got out of chat mode after leaving a conversation, but I'm usually too busy moving around at that point to do that, and I don't think it wastes any appreciable time.