Released in 2005, Oddworld: Stranger's Wrath is the 4th and final game in the Oddworld series. Players play as Stranger, a bounty hunter working to save money required for a life-saving operation. Over the course of the game, Stranger liberates a town from a demon damming its water supply. The game switches between first-person and third-person view where appropriate. 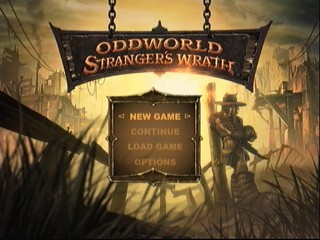 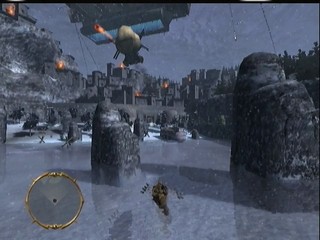 Runs on the HD version

After 1.5 years of glitch-finding, route-planning, and route execution, I've finally finished all 18 segments of this tedious category.

I'd like to thank Cuddly_Knife for starting the thread for this game, Serious_Cacodemon for inspiring me to do what he never did, Strongfox for increasing my inspiration by putting up the bounty for this game, and everyone else who helped keep me working at this run until the end.

Stranger's Wrath is one of my favorite games of all time, but I never got too interested in the game until I saw my little brother playing the game years after I stopped. He showed me how to get out of bounds in the Clakkerz's rainy city. I remember feeling so amazed when I saw Stranger falling into the endless pit. This encouraged me and my brother to try to find a way to jump over the rightward gate of the Grubb village and skip all of the Wolvark Docks. After hours of attempts, we figured out a complex route to achieving this goal on June 30, 2011, and while I felt proud about figuring this out, my brother grew tired of the game. Finding this skip encouraged me to find other skips in the game. I eventually found ways to skip Gizzard Gulch, Buzzarton, Mongo River Valley, and Last Legs.

Through these skips, I discovered Boombat Jumping, which doesn't really look like a glitch but you can tell that the programmers of this game didn't intend for it. Boombat Jumping is simply shooting a Boombat under yourself and gaining a jump out of the explosion by staying in first-person mode. The height of a Boombat Jump is about the height of a double-jump, so you can't get anywhere new with the jump alone; however, if you combine the Boombat Jump with the jump still available to you while in first-person mode, you can reach several platforms that are just out of your reach with a regular double-jump. This trick alone is enough to get out of bounds in many areas in the game, but if you want even more height, then all you have to do is go to the ammo menu after you shoot a Boombat. Doing this will allow you to consecutively shoot as many Boombats as you want until you have to reload. This means that if you combine Boombat explosions, then you can go even higher than before. Using these tricks, you can get out of bounds in practically any area you want. This is the only glitch that's used in this speedrun because there aren't any more in this game that I can find. Every trick in this game is just a combination of Boombat Jumps and/or precise jumping.

It should be obvious that only a few tricks and skips that I've found are used in this run because you can't skip anything in a 100% run. In a game like this, where there's no real definable goal to it, the only reasonable way to define 100% for this game is to say that you must collect all available moolah that can be obtained without whaling on the Clakkerz. I didn't want to make the game any longer than it would already be from doing this category, so skipping all of the cutscenes with a feature similar to New Game Plus seemed like a suitable option to me.

I must admit, though, I've grown to hate this category of this game. As I mentioned before, this category is very tedious in that you must collect every single moolah bag and chest and bowl and every other increment of moolah found in this game, and to make matters worst, you have to bounty all outlaws and bounties alive unless one is worth more dead than alive. Even though the game says that outlaws are worth more alive than dead, there are a few exceptions. The main example that can be seen is the sniper: it's worth ten moolah alive and five moolah dead, so dead is less as it stands right now, but every outlaw drops three moolah bags after they die. Since a moolah bag's price is ranged from two to five moolah, that would make the lowest amount you can get from three moolah bags equal to six moolah. If you combine the six moolah with the five moolah from the sniper's dead body, then you can see that the sniper is actually worth 10 moolah alive and 11 moolah dead in a 100% run. This can also be seen with the outlaws in the Tutorial.

Well now you have a pretty good amount of background information to watch this run, so now I'll just summarize my thoughts of each of the segments in this speedrun:

Tutorial: Probably my favorite segment of the whole run. This is one of the only segments where you can just get through it all very fast without too much to worry about.

Filthy Hands Floyd: I did this segment in one go, so it's obvious that it would look a little shaky when I'm trying to bounty some of the outlaws.

Luten Duke: This took a while to complete with how perfect you have to be in doing all of the tricks after beating Luten Duke while staying alive through it all. I'm happy with the result.

Boilz Booty: This is probably the worst segment of all. I had originally recorded a better run of this segment, but me, being the idiot I am, decided to try and get a better time. The more I recorded, though, the worse the attempts became, so I kept one of the attempts before it got any worse. The bountying and hiding all just look pretty hard to watch at times, but I don't think too much time is lost from all of that.

Eugene Ius: This segment took a lot longer to do than I thought, and I think it can be seen when you look from this segment to the next one. This segment looked like I kinda knew what I was doing but I didn't completely understand the quickest methods of getting through everything. This was the segment I had to use a new computer to record with due to the last computer not having enough space in its hard drive.

Jo' Mamma: Everything went entirely perfect in my eyes until the boss battle, but I think that one moderate mistake is acceptable after how good everything went before that moment.

Meagly McGraw: This segment was also done in one go, but I feel that everything went pretty well ignoring the few seconds it took me to find the last outlaw.

Packrat Palooka: This is a good example of how tedious this category can be. You wouldn't believe how many times I had to redo the segment because I would barely miss hitting one of the bombers.

Xplosives McGee(Part 1): I had originally planned to do this bounty in one segment, but the 100% route to this segment is so ridiculous that I had to split it up into two segments. This segment is pretty good to me with what I have to do in it, ignoring the hunter that just wanted to ignore me for a few seconds.

Xplosives McGee(Part 2): Everything went well in this segment until I was fighting the bounty himself, but I feel that what happens during the boss battle is acceptable after getting through the segment without any considerate mistakes up to that point.

Lefty Lugnutz: Pretty easy segment. Nothing really goes wrong in this segment, at least in my eyes.

Elboze Freely: This segment felt like it was just a means of waiting until I executed the route perfectly until I finished the segment because there wasn't a flaw I could see in this route. The segment, therefore, looked pretty flawless as well.

Fatty McBoomBoom: This segment felt like it would be so easy, but I soon realized that this bounty is the biggest troll in the whole game with this category because if one of his rockets hit an outlaw while you were bountying one, the outlaw would blow up and Stranger would inevitably die as well. Also, I should mention that the final sniper in this segment doesn't drop out moolah bags after it dies, so I had to get it alive instead.

D. Caste Raider(Part 1): I felt that this part required you to be too perfect, so I didn't think that it would be good to do this right after dealing with Fatty McBoomBoom. I ended up doing this segment in one go. :\

D. Caste Raider(Part 2): This part required me to look through the fire to get all of the moolah bags that the dead outlaws dropped, plus I wanted to see if the outlaw that flies from the explosion of the building would drop any moolah bags. These were the only things that looked like flaws in this segment to me.

Wolvark Docks: I wanted to be very careful with getting everything done perfectly in this segment, so everything was a little more relaxed after I was done with all of the Boombat Jumps.

Last Legs + Sekto's Dam(Part 1): It all looked good to me except for missing that blue lock so many times. T.T

Sekto's Dam(Part 2): I thought that my method for the timed area in Sekto's Dam was too luck-based, so I decided to use a safer method that only loses about ten in-game seconds. Everything else looked fine to me.

Note: The time displayed in the StatID in this video is incorrect.

First off all: Not like the most OW:SW Speedrunners I play to 100% legit. Means, that I don't use any out of bounds or world skipping Tricks! Cuz that's simply unfair.

Since I was 5, the Oddworld Games was a part of me. I played every part (1-4) to 100% trough, found Glitches, tricks and more. I know everything about Oddworld. But than I considered to make the Stranger's Wrath Speedrun. It should be the top of my Oddworld Gaming History.

I studied everything of the whole game, to perform the perfect Run.

So, here are some facts about my Run :

- Segment 3: Mongo Valley + D. Caste Raider
>Attempts: 2
>Tip: Directly try to Bounty FattyMcBoomBoom. So, you don't need to fight his Gang anymore
>Problems: I had problems with the way to McGee. I lost too much time in first attempt

- Segment 5: The Dam 1/2
>Attempts: 4
>Tip: Kill all Wolvarks at the Dam Gate, because they will try to Close it again!
>Problems: I allways lost too much time to kill the Wolvarks in front of the Dam.

- Segment 6: The Dam 2/2
>Attempts: 2
>Tip: You can Skip the Gloktigi. Saves much time
>Problems: I died at the 2 Tazer Tanks. Wanted to make it fast, but totally forget about my health :D

- Segment 7: Sektos Boss Fight
>Attempts: 5
>Tip: Get enough Ammo before fight. Punch the Gloktigis while Teleporting. So you force them to stay here and you can shoot them better
>Problems: Had so many Attempts, because I wanted to make the perfect timing in the Boss fight :)

Yes, that's all I think and I hope you enjoyed my Run! C ya Chumps! :D