Released in July 1989, Strider is the NES installment of Capcom's futuristic action series. As the ninja-like strider Hiryu, the player must infiltrate secret bases around the globe to unravel the mystery of the "ZAIN" mind control project. In addition to a stylized futuristic setting, Strider features fast paced platforming action and innovative gameplay mechanics along with the typically goofy Engrish translation so common among NES classics. 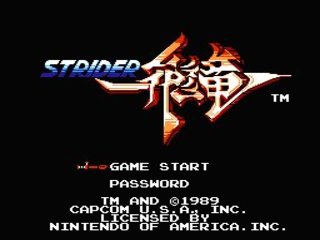 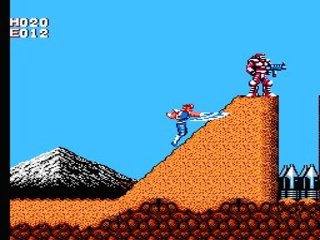 Strider...now THERE'S a contradiction in terms. Have you seen this guy walk? His feet never separate unless he's standing still!

Not that much to say about this game. Though you jump around the world a bit, completing various tasks, this game is rather linear, without any major shortcuts. This turns speed runs of this game into a battle for efficiency.

This run is a bit older, and I have since come up with some faster tricks than what you see here. Sometime soon, I'll definitely have to pick this one up again.