Released in October 2010, Super Meat Boy is an independent platforming game designed by Edmund McMillen and Tommy Refenes. The game is a successor to a successful Flash game from 2008, and tries to present itself with a retro look. Players control a small cube-shaped character called Meat Boy, trying to save his girlfriend Bandage Girl. The game received widespread critical acclaim. 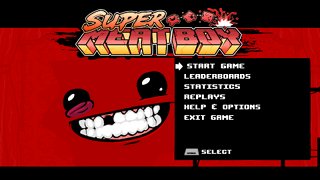 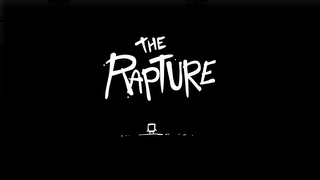 Note: There are three potential categories of IL tables for the game - PC, XBLA, and Meat-Boy only. IL runs for the Meat Boy only category can be done on either system.

When I pause and then jump really fast, that's a glitch which gives you autofire. Hold jump, hit start, release jump, exit the pause screen with start button or B. The game now considers you to be pressing jump every frame. I play with a PS3 controller (and use the dpad instead of the stick).

So I've played this game for way too long. I was pretty ecstatic to get this time; hopefully you get as much out of the run as I put into it. My estimate for the lowest reasonably-humanly-possible single-segment time w/ current knowledge is about 25 seconds faster with no silly death, less slop, & about 10 seconds worth of strats I didn't do. My 'final' goal is about 15 seconds faster (to take this run from 17:43 rta timing to 17:2x) but I honestly wouldn't mind if I never beat this time. It's a pretty good run.

The remainder of these comments are just gonna be explanations of tech & some basic info. Thanks for watching.

'Perfect' (3-cycle) larry is about a 9.6% chance. No, there's no way to manipulate him. Don't bother getting mad at him, just play better next time.

The A and S keys on your keyboard, when pressed upon completion of a level, advance you to the next level or exit you back to the map without having to mash through the replay screen first. This saves 1 button press at the end of each level. (other keyboard-only functions: backspace exits you back to the map from within the level without having to open the menu, space + W allows you to replay warp zone levels (and obliterate the game with glitches)). I use joy2key to remap them to my controller and to put escape on L1 for easier autojumping.

Sprint jumping. Lets you stay closer to a wall you jump from & walljump faster. The input typically looks like touch wall, let go of run, jump, hold run. It's how you do brownie skip every time w/o dying. This can be used to climb slightly faster up a single wall, but it affects the spacing, timing, & trajectory of your jumps so it's not always a good idea. The same principle can also be applied to jumping from the ground, but this has very limited usefulness.

Spawn jumping. This word refers to one of two things. The first and most common is walljumping off a wall next to you as you spawn, before you touch the ground. The second involves a glitch. If you complete a level touching the floor or a wall, then when you start the next level, on the first frame you have control you'll be able to jump as if you were still touching that floor or wall. Typically this is paired with autojump to make sure you can hit the frame.

Halfblocks. Halfblocks in the game are poorly coded; they're represented in the code as full-size blocks with an asterisk. You often get weird glitchy jumps (wallslides, hopslides, etc) from them, and you can walljump off the edge of where the full block would be, even though there's no visible wall there.

Wallslides. Wallslides have a low random chance of happening on most/all walls. There's a few walls where they have a high random chance. You can also force one every time where a diagonal wall intersects a vertical wall.

Diagonal walls or floors are really silly in general. Try playing around with them sometime. Whether or not you're holding jump as you touch them makes a huge difference. Trying to jump or walljump from them also leads to some weird crap.