Released in April 2007, Super Paper Mario was one of a few games bumped up to the Wii by being developed too late in the Gamecube's lifespan. Super Paper Mario takes the RPG and other elements of the Paper Mario series and applies them to a classic Mario sidescroller. The results are perhaps debatable, but the top quality writing is still in full force. Count Bleck is using the Dark Prognosticus to bring about the end of all worlds, and it's once again up to Mario to collect a set of mystical doodads to stop the evil plot. 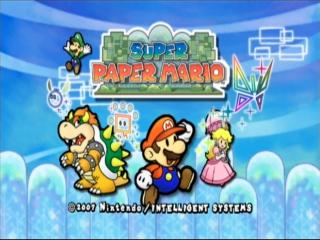 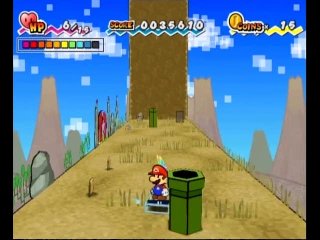 Note: The clear time can be seen here.

This is my first speedrun. I looked at many games, including Donkey Kong Jungle Beat, Sonic Adventure 2, and even Twilight Princess (honestly, I could never be as good as Jiano at TP), before settling on running Super Paper Mario. There are many mistakes in this run, about 2 or 3 minutes of them, but I only covered the major ones in this commentary.

Highlights of this run include:

And now for the segment-by-segment comments.

WOO, THERE IT IS! There it is folks, that's how you speedrun Super Paper Mario without Goron Mask, or damage boosting, or...whatever.

Yes, I know, this commentary was long. Whoever wants to kill themselves doing an SS or 100%, be my guest.