Released in 1992, Super Star Wars follows Luke Skywalker in his fight against the Empire, just like the movies while taking some liberties with the way things happened. The game is also known for its hard difficulty and pseudo-3D mode 7 vehicle levels. 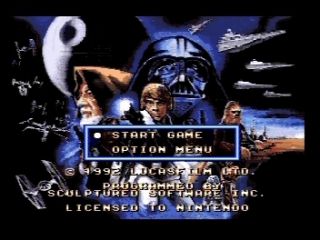 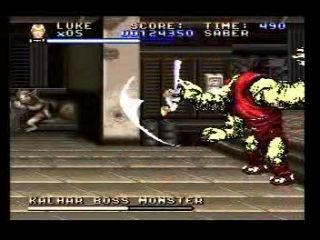 First off I just want to thank All the SDA staff past and present, mikwuyma, nate, Enhasa, DJGrenola, Radix etc. for keeping this awsome site up and running. Also would like thank thank my friend Ryan who let me borrow his DVD recorder on a few occasions for a stupidley long time to let me record this run. He also introduced me to speedruning by showing me the 45ish min run of Half-life, ive been obsessed ever since. And thanks to all the other runners on the site who produce amazing and inspiring runs all the time.

About the run, I started playing this game when I was little, about 6-8 years old, cant remember, As I always had a time limit when I was young, games took a long time to get old and as a result I got very good at a particular game. So when I was thinking of a game that I could run I rememberd that it got to the point where I was completing the game in a single sitting which would be less then 45 mins. Also at that age I found that you can skip the Sand crawler boss and have used the glitch ever since. All glitches and tactics were discorvered by me and my dad mostly back then and one or two recently.

I did the run on easy beacuse it was incredibly frustrating as it was and alot of my stratagies dont work on hard/normal.

So anyway, Things that cover all levels are,
+sliding is clearly alot faster then running and I do so where ever possible.
+The only difference between the characters other then their basic weapons are their health bar and jump heights, I dont think the sliding is any different other then the animation.
+thats bout it.

So the individual levels.

Well thats it my first speed run. Sorry for all the spelling and grammer mistakes. Maybe in the future I while do a hard or normal run. Or maybe find copys of the other two games but i hear they are even harder.