As the first Turtles game for NES, released in June 1989, Teenage Mutant Ninja Turtles sold copies mostly because it was based on a popular television show. TMNT has gained a reputation for being a brutally difficult game due to the hordes of enemies you fight, and the fact you never gain life after beating a stage. As a team, you begin by rescuing April O'Neil, and you end up infiltrating the technodrome in an attempt to defeat Shredder. 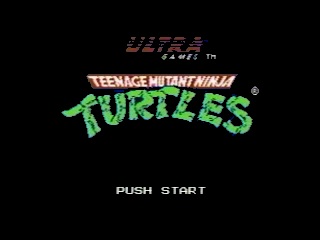 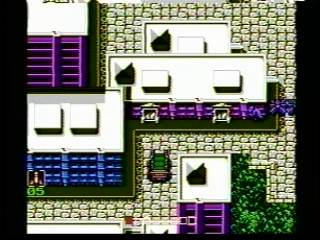 First, I want to thank some of the people that have played TMNT before me. I learned a great deal watching videos of Spider-Waffle, Feasel and Reaperofvvar running the game and seeing Adelikat's TAS. Also, SDA and SRL are both great. I really like that the main focus of the whole speedrunning community is crushing old games and raising money for charity.

I have been playing TMNT for the last 3-4 months and I am pretty happy with this run. I didn't expect to get the time down this low and was pretty lucky to get through some parts as quickly as I did. Several sections of the run didn't really go as planned, but here are some of the highlights:

Worst Garbage Ever – Rocksteady fight, Mechaturtle fight, pretty much all of stage 4, and the beginning of stage 6 (I could lie and say I was going to half-health on purpose, but that was just sad).

TMNT is pretty tough at first, but once you learn the path through the game and get used to the jumping mechanics and Bo attack it isn't too bad. There are basically three different heights of jumping that can be used depending on how hard you press the A button. Also, most enemies cannot be hit repeatedly by spamming B, so you have to pause very briefly when attacking enemies to get the most possible hits quickly (Mouser for example). Some other things to be aware of are random enemy spawns in a few places, serious lag in certain sections and the boomerang guys who shoot randomly. More info on some of the glitches and other aspects of TMNT can be found on the TASVideos game resources page.

Title Screen – the location of the Technodrome boss in stage 5 is randomly determined at the beginning of the game and can be manipulated by when you press start on the title screen. Normally, it shows up 25% of the time in the fastest sewer, but if you press start on the right musical note then it will appear in the fastest sewer. I am able to get the Technodrome about 50% of the time and I don't even really know the exact frame to press start, so this is a huge help when speedrunning the game.

Stage 1 – for this stage, I take damage while fighting Bebop to get half-health for Don. When he is at half-health his attack power increases and it saves 1 hit each on four different enemies during the first 2 stages. There are many different ways to fight Rocksteady, this was not the best…

Stage 2 – in this stage there are 3 ledge jumps before getting to the water section. Basically, you can jump up to a higher ledge without climbing the ladder by getting the turtle halfway into the wall at the corner of the ledge and pressing left/right. I found a visual cue for where to jump and eventually just got a feel for it. The water part is something that I wish I got better at. There are several areas that you can get a speed boost which increases your speed briefly. The main one is in the huge damage area and it seems like the best way to get it is to press left while swimming up and then quickly press and hold right.

Stage 3 – you have to kill a turtle after getting the missiles to save time and there is a better way to minimize turtle switching, but I prefer using Leo through the rest of the level. You can cut the corners very tightly using the turtle van by being good, but I am not good so I often run into walls and get stuck. The Mechaturtle fight can be hard and if you lose health like I did, then it makes stage 4 that much harder. It is possible to get both Mechaturtle forms to follow a fixed pattern and kill him very quickly.

Stage 4 – this stage is hard, so you want to have as much health as possible. I don't always use the fastest strats in this stage, but when I do I prefer not dying. In this run my health was pretty bad, so I had to switch to Leo, who can kill most of the enemies quickly at half-health except for the boomerang guy. Looking back, the rest of this stage was actually pretty good and I like that the strat in room 17 worked out. Pro Tip: I have played the game enough to know that the mysterious pizza behind the spikes near the end of the stage doesn't taste good, so don't bother eating it. It was actually the old Domino's pizza before they switched to their new recipe and started making terrible commercials (the Noid would be rolling over in his grave). This pizza is actually why the turtles switched to Pizza Hut before the second NES game. Speaking of random pizza chains, there is an alternate route in this stage that involves getting the scroll weapon and is slower in this stage, but can save some time throughout the rest of the game (Spider-Waffle posted about this in the TMNT thread on SDA a while back, but I must have missed it).

Stage 5 – for the Technodrome, it takes 9 hits with the Bo if Don is above half-health and 8 hits if he is half-health or below. I have never gotten a 3-cycle Technodrome, but it is possible. One time I was able to get 4 hits on the eye in one cycle by jumping at half height and changing directions in mid-air to get 2 hits in a single jump. This is hard to do, but it would be cool to see someone destroy the Technodrome like that or with the scroll weapon in a run.

Stage 6 – the main thing about the last stage is the ceiling glitches and the final hallway. The first ceiling glitch isn't too bad and is safe if you just climb the ladder back up at the end. For these ceiling glitches, you are basically getting your turtle halfway into the wall (similar to ledge jumping) and at the peak of the jump you hit B to attack which will cause you to screen transition downward until you stop or freeze the game. The two spots that I use the ceiling glitch in this stage each save 12-16 seconds. Once you start screen scrolling downward after the first ceiling glitch, you can either just hold right and then climb back up the ladder once you stop, or you can hit Up & A on the "first frame" that the screen transitions down which lets you jump up out of the floor and keep moving, saving a little over a second from climbing the ladder. If you miss this jump, then you keep going down and freeze the game, which makes it much riskier than climbing the ladder. For the second ceiling glitch, there is no ladder so you have to jump out of the floor at the end. There is much less room to work with in this spot, making the initial screen scroll hard to get, and missing the jump out of the floor will basically freeze the game, so you would have to be super lucky to get the screen scroll on your first jump and avoid freezing the game. It is probably possible to get semi-consistent with these jumps if you practice a lot, but getting into the ceiling and scrolling down was much easier for me than jumping back up out of the floor. The final hallway is hard and once you get to the narrow part you pretty much have to slow down. There are some strats to speed this section up, but I never really worked on them. For the Shredder fight, if you stand in a particular spot, then he can't hit you and you can just keep hitting him.

You know these comments are bad when they took me longer to finish than the actual game. Anyway, if someone really wants to push this game to the limit, then sub-18 is possible. Until then, enjoy the run.