Thief: The Dark Project, a game by the acclaimed Looking Glass Studios, was highly influential in pioneering and popularizing the first-person stealth genre. The story is about a thief named Garrett. Successfully completing many thieving missions, he gets himself caught up with Keepers, noblemen, and their wily plots. After a job retrieving a gemstone known as The Eye, eventually Garrett must stop the Dark Project, a plot to throw the world into chaos. 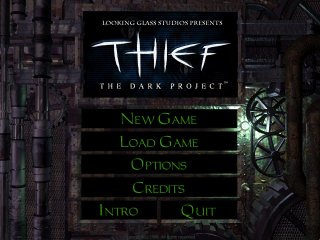 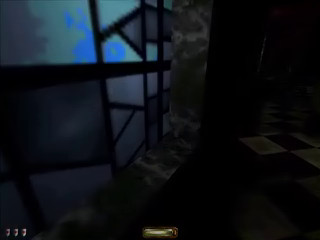 Category note: Money runs involve using the maximum amount of money you can collect from the previous level.

NPC boost works like a charm, unlike climbing which is the single most buggiest thing in entire game.

Tricky map: it's important to jump to the mansion in correct way because you want the guard with the purse to be right behind you when you get in. Also you need to use the mines or there will be a dozen of guards blocking your way. Also you can grab the purse easily from the unconscious guard just by being far away from him (pickpocketing has longer range than body grabbing). Also you want to avoid getting shot by the archer because arrow hit will reduce your speed for some time. Important is to manage the guards so that they dont ruin everything.

Probably hardest map in whole speedrun: You need to manage monsters, Use various items, strafejump and climb. Just avoid being bumped to corners or monsters and perform the end temple part perfectly and you're clear. Also note that the balcony in the beginning bugs sometimes (can be avoided without time loss). Also in the end you want to be right next to the book or otherwise it might start reading the table inscriptions (which practically ruins everything and when you get back to game you have key equipped and it blocks reading the book)

Bought two speed potions and two health potions.
I hate this map. Why does it have to have that swimming part in the first place? All jumps were difficult and annoying and cost me lot of health.

Bought one fire arrow.
This map was nice and easy, almost chilling around after escape, return and bedfellows. Getting the scroll is easy. Pulling all the switchs is easy. Taking the key from the high priest is easy. Reaching the talismans is easy. The only difficult thing, and it isn't even that difficult, is to make the jump from the talisman platform to the other side. There's no need to avoid guards in any point, just go forward and after alarm goes off, pray that none of the Hammers blocks your way out. No hammer high priest threat anymore.

Return To The Cathedral - 36s - SaunaChum

By blocking one extra door with holy water and generally doing better the time was reduced.

With the new route this map is bit easier.

Bought speed potion and three health potions (to be sure)

This was pretty easy map. In this maps most of the ratmen didn't even notice me so they didn't bother me The most annoying thing was that the Hammerites speech started at random time after arriving. It could be 3 seconds or 8. The hardest part was after the speech to bypass the ratman on the bridge if he hadn't started to chase me (in this case he hadn't). After bypassing him the run was pretty much done because the everything after that was very easy. Bypassing the mantis before it makes to the door in front of it meant I was still in good time. I used the speedpotion right before taking the priest to get maximum speed while carrying it to the locked door. And I don't want to talk about the tumbling -.-

In the end you can hear ratmen closing in :)

This map is just a tunnel which you have to jump through, horribly boring map. Also skipping the end scene, where constantine performs his ritual, seems impossible.