Released in June 2009 for every system bigger than a phone, Tiger Woods PGA Tour '10 has Tiger Woods, still the world's biggest athelete, play on a variety of peaceful and idyllic courses. This game includes a dynamic weather system based on Weather Channel updates, and also happens to be the last time Tiger's image was displayed front, center, and solo on the box art. 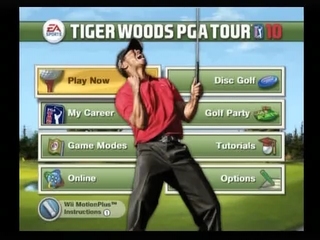 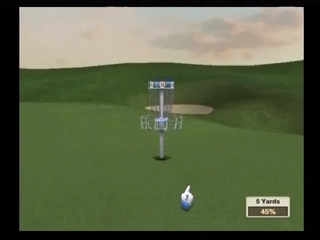 Did this run a couple months ago and decided to submit it. Honestly, it's almost as perfect as it can get. I choose TPC at Scottsdale because it's one of the easiest courses ... the fairways are pretty much straight on every hole, and there are almost no hazards that pose any difficulty. I also live about 2 miles from the golf course... so, that's another reason why I choose it :p

To do this as fast as possible is VERY tricky, because you have to take so many things into account on each throw, and then decide the right throwing motion, angle and percentage, and then actually make the throw. Wii motion plus is very accurate in this game... so if you make a mistake, it's because you really did throw the disc wrong.

Getting the disc into the basket with anything other than a putter is pretty much a 1 in 100 chance... so, I just wanted to throw that little tidbit out there. Here's where I could have made up some time...

Hole 2 – first throw the disc turned on the ground a bit, but still stopped quickly (0 lost)

Hole 10 – second throw the disc spun on the ground a lot, however it always seems to spin here on that approach shot (I'll say 0.5 seconds lost because there probably is a way to prevent that spin)

Hole 13 – third throw the disc turned on the ground a bit, but stopped fairly quickly. This was by far the best I had ever done on this hole (0 lost)

Hole 14 – second throw landed past the pin a little but was still very fast (0.3 lost because of long throw)

Total – 1.7 seconds total of possible improvements. This would be a round where ever disc stops quickly on the ground, which is just not going to happen. I had BY FAR the best luck I've ever had with discs stopping quickly in this run, and it would be hard to have better luck than that. However, I'm going to say it IS possible to get 5:05... but nothing lower than that realistically.