Released in June 2003, Tomb Raider: The Angel of Darkness sought to continue its predecessors' successes but received poor reviews due to its annoying controls and outdated gameplay. Being horribly buggy when it was released, it was said to be the worst Tomb Raider game to date. The storyline follows Lara Croft as she is hunted across Europe, accused of murdering her former mentor Werner Von Croy. 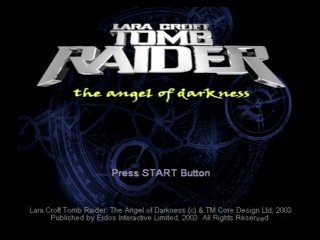 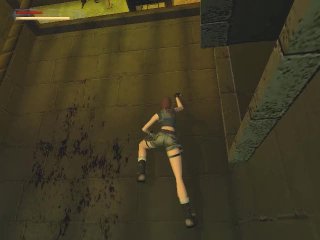 Game saves are available in a .zip file.

Angel of Darkness was meant to be a revolution in gaming, but Core unfortunately screwed it up. The result is one quite buggy and unfinished game (it was actually supposed to be a trilogy), but it's still a good game with great plot, music, graphics etc.

I was little worried if the run will be ever finished because of the bugs, but then I realized that most bugs happens only if you are quicksaving, then doing some action. I never encountered a crash to desktop or a famous "no-textures" bug during the run, because I didn't quicksave.

However, the game has a lot of other problems, which prevents me from making the run look perfect. Firstly, I couldn't get a smooth record via fraps set on 30fps, so I had to go for 60fps, which sometimes led to either small lag or a framedrops in power-demanding rooms. It's not a big deal, but definitely annoying.

Second, game engine isn't optimized and I couldn't get to work Alt-Tab to go to Windows and delete my fail attempts plus the menus are damn slow, so guess what was it like. Third, completely new controls required lot of training and getting used to it, but I still had problems with some jumping and I discovered in a very last level that there are hot-keys for weapons, so I didn't have to go to inventory everytime I wanted to switch my gun :)

What a wuss you can say, but I never heard of it and I must had overlooked it in options. Fourth, game has lot of random stuff, especially switches and ladders are pain in the ass. You can lose on them even 3 seconds, because Lara has to "hit" the ladder/switch in exact spot to use it and if she isn't in that spot, she simply starts to do tiny foosteps to get there. I don't plan to ever do a run for this game again, I must say it was quite frustrating and sometimes very boring comparing to my other speedruns.

And by the way, the game is so easy, that I never used or take any healthpack.

Now, let's get a look on levels: