After getting the reboot Tomb Raider fans wanted, it was decided that the original Tomb Raider should receive a remake. This came to fruition in a game called Tomb Raider: Anniversary, released in June 2007. Lara Croft is asked by Jacqueline Natla to find an artifact called the Scion. Of course, betrayal occurs and it's up to Lara to stop Natla. In the end, many fans didn't really care for the liberties Anniversary took with its reinterpretation. 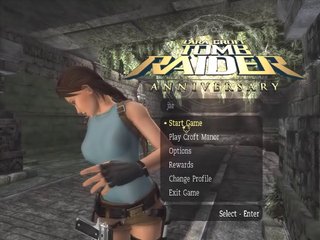 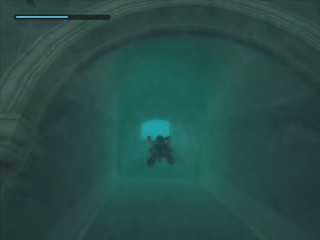 Note: The final time listed at the end of the video is incorrect. Read the runner's comments for more information.

At first the run had 21 segments, but later on I redid 3 of them in one go, so now there are 19 segments.

The game has an internal timer, but due to the redo, the time shown in the end of the final segment isn't any longer correct. It can be easily concluded though, by comparing the times of the former/replaced segments and their redo (the difference adds up to 2 mins 6 secs).

First of all, I'd like to thank ilovelctr for encouraging me to do this speedrun, always supporting me and giving helpful advices, xRikux89 for discovering the notorious airwalk and for some of his individual level runs serving as a nice guideline, Ewil for aiding me with the encoding and doing a great job at maintaining tombrunner.net and everyone else who followed and motivated me during this run, or contributed to it in any other way.

I started working on this project in late February 2008, when I already had inspected every corner of the game for several months in search for shortcuts and then was encouraged by ilovelctr to put all this into practice. Yet the airwalk glitch, that should later exert the biggest influence to this run, was not discovered at that time. As it saw the light of the day quite a while later, I fortunately hadn't proceeded too far with the run, to wit I had only finished five segments then. Though this appearance doomed many of my strategies, due to it being exhaustively applicable throughout the game, I decided against starting the run all over, since out of all things, it would've had it's least impact on these first few segments, that I had been struggling through for so long. After all however, when the entire run was completed at long last, I changed my mind and redid some of the early segments, using the airwalk. This allowed me not only to make the total time drop to sub 40 minutes, but also shorten the number of segments from 21 to 19.

In the following, I'll try to sort out the most important things to be aware of when watching this run:

Glitches (only listed those used in the run):

After all I hope you enjoyed watching this run, as I really put a lot of effort into it to make it as good as possible. :)