In June 1998, Core released a "Gold" edition of the original PC version of Tomb Raider - as well as adding Glide support and selling at a budget price, it came with an extra disk called "Unfinished Business" that provided four (large) additional levels. 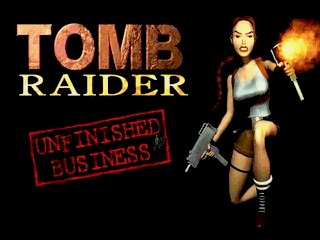 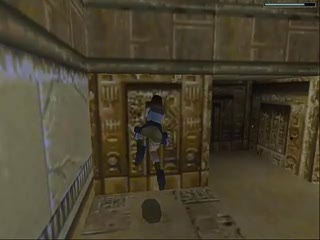 Unfinished Business is more like a bonus level pack, but it's a true expansion, although you can download it for free. I thought this run will be done fairly quickly since it's only 4 levels, but at the end it turned out to be hard.

Half of the levels are multi-segmented, because there's lot of randomness in it as well as some hard stuff, particularly in Temple of Cat. All levels are doable single-segmented, but the total time would rise up to 25 minutes or so.

No matter where I saved in multi-segmented level, the camera doesn't start at the exact position when I loaded, which is the reason why you can see a small spike, because I had to cut off those few bad frames in order to get it looked smooth.

I was using DgVoodoo graphic emulator since there's no other way to get this run recorded on XP system and for some reason, you will hear "bad audio cabel contact" sounds especially during beginning of the ambient music.

Luckily, the newest version has a fixed time made specially for the first Tomb Raider, so game speed should be same as runned under W9x or DOS. It doesn't matter anyway, because if the game runs faster, the timer would be also faster.

I'd like to thank to The Croft times for providing an excellent walkthrough, niebezimienny for pointing out that site and a huge shortcut in Atlantean Stronghold, MMAN for founding a faster way in the same level and to the entire SDA crew for this site.

Short comments for every level: