Released in November 2008, Tomb Raider: Underworld continues the story from where Tomb Raider: Anniversary and then Tomb Raider: Legend left off. Lara Croft, Amanda Evert, and Jacqueline Natla return, and they are joined this time by a lot of Norse stuff. Natla wants to make volcanoes erupt around the world, Amanda wants to finally best her rival Lara, and Lara wants to figure out the circumstances behind her late mother's death. Lara gets closure, while the others get punked. 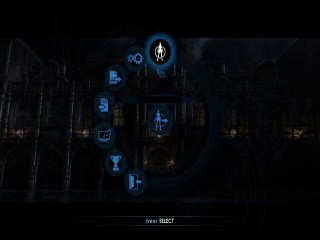 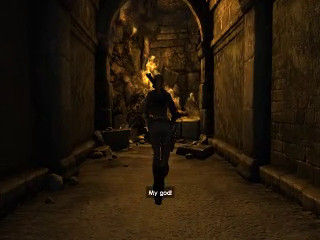 Hello and welcome to Tomb Raider Underworld speedrun comments. This is my first complete speedrun here on SDA, but I can pretty much promise it is not the last one.

Since the demo version of this game was released, couple of passionate players already managed to find some generally cool stuff within the game (including mine truly), such as bunch of shortcuts, bugs, useful glitches and even several ways to break the limits of the demo and explore entire area. Luckily, the full version didn't come anyhow fixed and not even that large patch released soon after didn't seem to fix anything from the useful half of all the glitches of the game, and so it didn't come as a surprise that once the full version of the game came, the same group of people managed to find different uses of the old tricks found in the demo version, but also completely new stuff. Most notably, few of the chosen ones found a ways to rape this game to almost nothing. So what did I do? I was planning to run the game from the very beginning, but I decided to wait until the game is raped as much as it can be (which I helped to a bit too). So, let's get it going.

First of all, I'd like to give my special thanks, before I forget them:

Now that it's done, it's time to share some general notes:

I also thought you might be intersted in all the tricks that were actually found, and how many of those were used in this run. Here they are:

Ok, that's pretty much everything I can tell you about the game itself. Now let's take a closer look on the segments:

If you read through this tiring text all the way down here, then GOOD JOB! and thank you for making my effort at least a bit meaningful :D.

I hope you will enjoy the run even more than I enjoyed making it, and thanks for watching, if you did. Also, thanks to SDA crew (I'm sure we all know what for :-P). Hopefully you'll get to read through some more tiring texts written by mine truly in near future. Bye for now.