The July '98 PlayStation release, Tomba! (or Tombi! in Europe), was an energetic and creative mix of puzzler and platformer from ill-fated developer Whoopee Camp. Pink spiky-haired Tomba's quest to find his grandfather's stolen bracelet leads him into a somewhat strange war against the Evil Pigs who are causing chaos around the land, armed only with a spiky ball on a chain and his favourite pants. 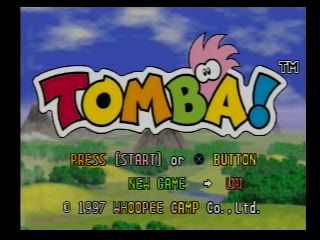 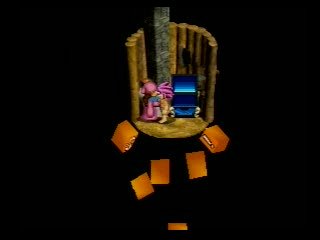 I thank nate, DjGrenola, Radix, and Mikwuyma for keeping the SDA through the good times and the bad. Special thanks to the verifers and all those on the Tomba! thread.

This game was always good fun and fun-stration as a kid, so I chose it for my first speed run. I'm happy to say I've improved two minutes since my camcorder-quality Youtube run. I started planning this run in early July, and finished my final (2nd) run on Halloween of 07, and I'm certain I wasn't the only one running on Halloween. At least I hope I wasn't.