Created by Askiisoft and released August, 2009, Tower Of Heaven is a short, but satisfying freeware platformer. The player's task is to ascend the said tower, however, this can prove to be a difficult endeavour... The game also includes a 'Speed Run' mode. 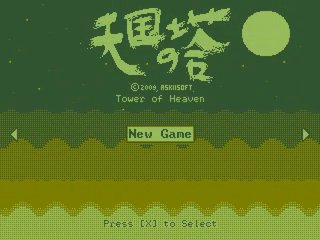 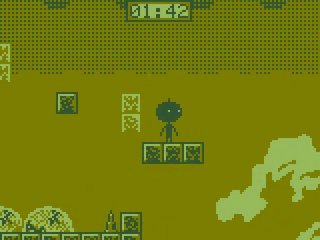 Despite me announcing my "retirement" from speedrunning, SDA is getting a new run from me - which is both: confusing and probably a bit awesome, at the same time. It's all due to the casual speedrunning board. Really.

* Level 1
I didn't really like the precise jump mechanics of this game. Holding the jump key one frame longer, or releasing it one frame earlier will result in significant height differences. This isn't really noticable when you're just playing casually or running without any risky strategies. This level is usually a pain because of all that. It went pretty smooth in this run, though.

* Level 3
It's possible to get just half the boost from the fan. It happens really rarely and I'm nto quite sure how to do it. I know you have to have enough downward acceleration when entering the fan's radius (it can be done by jumping from the block as high as possible and touching the fan in the last possible frame). If you do all that, it's still very rare. Because it saves only about half a second, I decided to skip it. Even if I would get it to work in a run, I wouldn't be able to get a lower time than this.

* Level 4
One of the hardest strats in this run. The hellishly precise jump mechanics have successfully prevented me from getting past this level most of the time. You can't really afford more than a few frames of mistakes if you want to make it to the door before the saw outruns you.

* Level 6
The two things you have to watch out for is to activate the pad and jump to the door asap. You have to wait for stuff for the rest of the time.

* Level 8
The TUNNEL OF DEATH is the trickiest part of the run. Precise timing is required for the first jump, then you just need perfect positioning in order to get past the second set of saws. I take my time before the part with the fans - the butterflies have to be in the right position for me to avoid failure.

* Level 10
I basically play through the last level really carefully - you have to wait for the platforms anyway. I still manage to get to the top one cycle earlier though :).

And that's that. I'll use the opportunity to say that I like how, little by little, SDA is changing for the better. Keep it up.