Released for the SNES and Sega Genesis in April 1996, Toy Story closely follows the events in the movie. Players take on the role of Woody as both he and Buzz try to find a way back home. 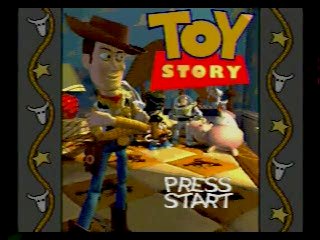 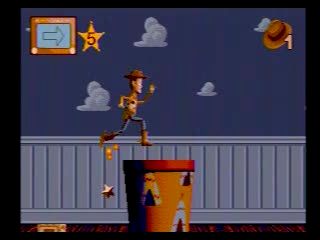 Here is a nice run through of what I consider a fairly challenging game. I was always drawn to this game because it so closely followed the 'Toy Story' movie plot and characters. The stage variety was also a nice addition (Platforming, Racing, and Wolfenstein 3d all in one game!). The difficulty is not really in line with the target audience, however, as it took me a very long time to beat this game as a kid.

All bonus stages were skipped to save time, I got into 2 of them during the run (when getting 200 stars and 400 stars). Some might not notice that I also gained life stars in a few key points, which I'll point out later.

I would like to thank Nate for his dvd recorder and capturing, and all of the sda staff for all they do to support speed runners.

My goal for this run was sub 23, and because of the excellent boss fights, this was by far the run I had to submit. You can see that a no deaths run by getting through levels 9 and 10 with only 2 hits is possible but very unlikely. The death that occurred was planned due to the fact that this seemed so unlikely to happen (I am lucky to make it out of level 10 alive in 95% of my attempts). Hope you enjoyed this run of one of my favorite childhood games!