Ultima Underworld II: Labyrinth of Worlds was released in January 1993 as a first person roleplaying game set in the popular Ultima universe. Follwing the events of Ultima VII, the player once again takes on the role of the Avatar in this highly interactive world on his seemingly neverending quest of stopping the Guardian from conquering Britannia. 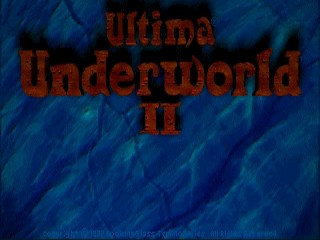 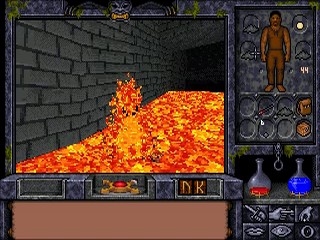 Thanks to "thecybercat" for creating the first speedrun of Ultima Underworld II - many good ideas originated from that earlier run. Also thanks to everyone on the SDA forums who encouraged me to complete this.

There is a fairly detailed SDA Knowledgebase article about the tricks used in this run:
https://kb.speeddemosarchive.com/Ultima_Underworld_II

To see the planning for this run, check out the SDA forum thread here:
https://forum.speeddemosarchive.com/post/ultima_underworld_ii_labyrinth_of_worlds.html

Hopefully, the knowledgebase article answers any questions about the speedrun route. Here are the main glitches used in the run:
* Destroying single-use magic items (like potions and scrolls) by throwing them against walls or shooting them with the Fireball spell turns them into debris which has the same enchantment as the original item but can be used unlimited times
* Using "Easy Move" keys (SHIFT+WASDX) moves or turns the Avatar in discrete amounts rather than the normal smooth motion. It also has the following useful effects:
- It is faster than normal movement in many situations - especially when swimming
- It causes time to pass more quickly and makes the "item usage delay" time out faster, allowing scrolls and potions (and debris) to be used more frequently
- It causes monsters to move and attack faster. This is useful in a lot of situations, especially to commit suicide
* The large blackrock gem switches facets every 8 seconds. This seems to stay constant regardless of whether you load or save a game in between. It's possible to abuse this by loading the game right before it switches over, hoping that it will switch to the desired world right after loading the game. You can also use the "Easy Move" glitch above to make it switch faster.
* Projectiles are frozen in mid-air when the Freeze Time spell is active. Running into the projectile is a fast way to commit suicide (to respawn in the gem room)
* When loading a game, there are a couple of useful glitchy things that happen:
- The "item usage delay" is reset, allowing firing of attack spells in quick succession (fire attack spell, save, load, fire attack spell, etc)
- The momentum currently applied to the Avatar at the point of loading the game carries over to the loaded game. This means you can jump to any height by doing the following:
1) Jump to maximum height ("Jump" spell is useful here)
2) Save at peak height
3) Jump again but immediately load game - momentum carries over, giving an extra boost upwards immediately after loading game
4) To jump to any height, repeat steps 2-3