Released in February 2001, Undying took the player into the world of game sub-developer and author Clive Barker. The game puts you in the role of Patrick Gallaway as he tries to help his old friend Jeremiah solve an old family curse. Undying uses the original Unreal Tournament engine and deserves a special mention for being a first person shooter horror game with shocking moments and a surprising, non-linear story ... 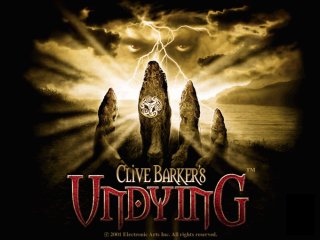 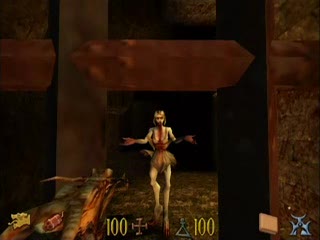 First of all I'd like to thank Moaimullet for his Notes, his support and being a Freak like me. I'd like to thank Nate and Radix for their help and support and actually uploading my run. like every other run, this one is not as perfect as the runner wanted it to be. I'll try to make a comment on the most important scenes and improvable things for any further runner. This was my first and my last run on this game, as I won't redo any run I've done. I want to get people to play this great game, or maybe to try themselves on a run. If you redo this run, would be great to mention my name in your credits as the first one who run that game if you like :)

I suggest that you play this game for yourself before you watch the run because it's worth to be played.

This run was made in 124 Segments on easy-skill because some enemies had so much hitpoints on the higher grades that I and you, the watcher, would not have had fun with that. It's my first speedrun, so I decided to relax and try on easy-mode. Experts may try on the higher grades as much as they want. :) I guess it's possible to get better times, but sub 1-hour will be very, very hard, if possible anyway. Timeline:

02:08: I start running and use the "Scrye"-Spell to show you what can be done with this spell and show the very first easter-egg in the game.

03:28: If you think "What the hell is he doing?" You're right: I jump over a trigger which calls a short cutscene and skip it. Saves a few seconds.

04:00: I have to kill all eight howlers to get that door open and go on. - Improvement Note: Killing could be done much more better, though.

04:45: Found no way to skip Ectoplasm but I don't need it to complete the game.

07:27: Okay, this is the first visit to Oneiros. Instead of going through the grave, I take a more direct way. I take a bit of damage, but it heals during the short cutscene.

- Improvement Note: maybe jumping could be done without taking damage.

08:01: It's not really meant by the game to go right through the fireplace here, but it saves pretty much time instead of going the way back and kill a few monsters.

10:53: - Improvement Note: Now this part is interesting because there's another way into mausoleum maybe..Just jump over the rock on the left and use the map end to walk on. I haven't tested that enough because that would have costed a 100 years but MAYBE it's shorter..Also, after the broken Gate, it's maybe possible to wait for an howler, get it in the edge and use it as a stair. I tried hard but could not get over it. I think it's doable, though, and it would save much time (~ 10 seconds?)

13:04: This is the longest single-Segment In the whole run. I made the farm 50 times or so but it's still far from beeing perfect.

- Improvement Note: taking damage from that one howler is completely unneccesary and I think this is the biggest mistake in my run. I did not redo that segment because it's pretty fast, though.

13:05: Another place for a possible shortcut. Haven't tested, but was in my mind: Get into the cave on the right and try to get Lizbeth and Haste the other way round? Maybe there is no way after all, but I suggest to try it.

13:30: These howlers have to be killed, because otherwise they'll follow you the whole way and attack you.

13:50: I call this wall-jumping and it brings a bit speed, but this is the only place in the game I discovered where this actually works.

14:02: I kill one howler, and the other one fights with the two guys and they kill each other.

16:42: This attac is completely unneccesary and the worst mistake I make in the run I think. Nevertheless I took it because the time went on very good.

17:15: The only place in the game allowing bunnyhopping.

27:57: The Scythe is the most powerful weapon if you use it wisely..You'll see that later on.

29:34: Okay this Segment is one of my favorite ones. First of all I open the door before I collect the last amp because it takes some time. I discovered that you don't have to fill in the water but just push the 2nd trigger to set off automatic death when jumping down. Felt a bit like in the HL-run when I did this jump. :)

32:31: Lizbeth is the first of 6 Boss enemies but as you can see, right after Lizbeth I got haste and from that point the games is a "bit" faster...So this is 1/4 of the game maybe, but 1/2 of the time. Lizbeth battle went on ok except of the one hit when I lost health.

39:19. - Improvement Note: Falling down from the edge could be made more fluently.

42:38: Ambrose Battle is fun. :) Keep an eye on the end scene: I nearly jump out of cutscene trigger position so the monster stands 1 meter beside the place it has to stand..

44:36: Maybe you noticed my short stop to correct the direction of running: If you just collect the key and ignore the paper you skip a whole cutscene.

27.20: - Improvement Note: Okay this is interesting for further runners: I'll now turn left and go the normal way to collect Phoenix flight. BUT. It's possible to get on the roof of that one building and try jumping over the bridge that destroys automatically and go into the portal. Maybe Phoenix will appear automatically in the next level. I don't know if it's possible to get over there, if so, it takes mor than 200 trys..That's what I count when I gave up. I also noticed that a Dynamite explotion could give you a rocket jump, but only if you die at the same time.

50:00: That Monster looks exactly like the Monster in "House on Haunted Hill" - Great Movie btw..

52:51: Instead of running araound You're able fly right upwards here to trigger Level-Change.

54:15: - Improvement Note: Moaimullet found out that ether traps keep doors open. It takes pretty much time to get ether traps, and I'm not sure if they're able to keep the window open Aaron is about to close, but it's worth to try it, because you're able to get to the ladder after getting the key without triggering the cutscene if you hug near to the right wall. I did not try the ether-trap method, as you can see.

01:02:xx I discovered this as the best method to kill them for me.

01:03:40: End Boss is such a bad boss, really hard. I'm not sure if it's even the "right" method to kill him, but he dies...I can't really imagine that this is the way the developers ment to kill him.

Kudos to you if you read the whole comment!