Unreal II: The Awakening was released in early February 2003. Unlike the first game, Unreal II was no success at all, and was mostly made to show off Epic's latest game engine, the Unreal Engine 2.0. Marshal John Dalton and his crew have to track down ancient artifacts all over the galaxy in order to prevent a disaster, all while fighting off aliens, skaarj and other humans along the way (unique, eh?). 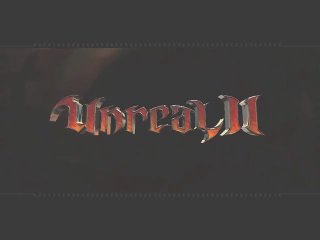 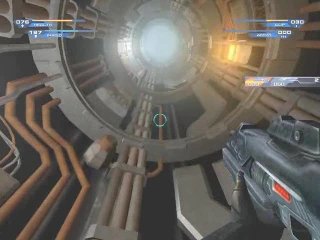 I was bored with downloading porn the other day so I thought that it's the right time to run a completely random game that I'm not familiar with. Then I saw this topic at the PC board, saying that a U2 run has a "on hold" status. I checked the thread, hoping to find some information on possible shortcuts and the actual game itself. The list of tricks convinced me that this game deserves a quality run. I immidietley downloaded the game (Poland = win, you don't have to buy anything here), finished it once, then turned my *GTS (*glitch/trick/shortcut) vision ON and slowly played through it one more time while taking notes. The outcome was hilarious, My "list o' cuts" was more than four times longer than the one from the original thread. Of course, that wouldn't be possible if Leo_T_C_K wouldn't mention the "showall" command anywhere in his posts, which led to some bugger sequence breaks, thanks. I'd also like to thank Sorcerer88 for starting the project, djcj for his input, and the SDA staff for obvious reason.

I would like to note that some segments were started not from the very start of the level but from taking control of the character. Eg, A segment starts at the beginning of Kalydon, and ends after the cutscene at Sulferon. Anyway, enjoy :).