Released on November 16, 2004 by the ill-fated Troika Games, Vampire: The Masquerade - Bloodlines is an RPG based on White Wolf's World of Darkness universe (which is in turn based on a million nerdy goth fantasies.) Like Activision's Vampire: The Masquerade - Redemption, Bloodlines is set in White Wolf, Inc.'s Vampire: The Masquerade universe, but it is not a sequel to the earlier game. The game allows the player to choose one of several different vampire clans and progress through the game according to the different strengths and weaknesses of the player's character, as in its paper and pencil role-playing origins. Bloodlines is notable for being the first game along with Half-Life 2 to use Valve's Source engine, which allows the game to be played from either the first-person or third-person shooter perspective. You play a recently turned vampire who, through no fault of your own, becomes embroiled in a bloody power struggle over an ancient sarcophagus. 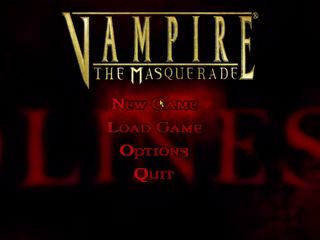 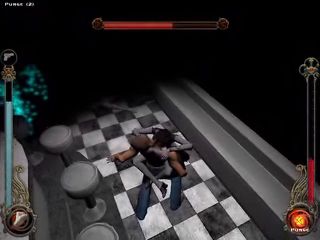 Well, that's it. I had a lot of fun running this game and am pretty happy with the result. I want to thank Vippin for being the biggest initial follower of my attempts at a Vampire Bloodlines run, thanks to Poesta for helping me with encoding questions when I first started, and a big thanks to TheVoid for all the breaks he found. I really like this game so in the future I may be back with a run for another clan. Also thanks to SDA and the staff.