Released in 1993 for both the Super Nintendo and the Sega Genesis, WWF Royal Rumble is the first WWF game to feature, as you may guess, a Royal Rumble mode. Here, 1 or 2 players begin the game in the ring and must eliminate all other wrestlers as they enter the ring, one at a time. Single and tag team modes are also available. Players can punch, kick, run, eye gouge, choke, and grapple opponents. In a grapple, the game resorts to a button mashing affair, with stronger moves requiring more mashing. The SNES and Genesis versions featured 12 wrestlers, though 5 of those were unique to the console. 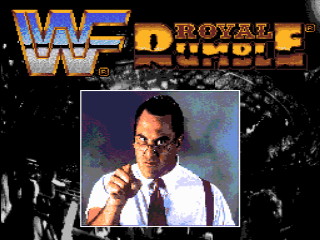 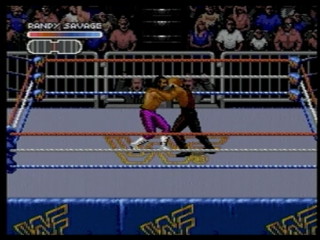 Not really much to comment on here, other than grab the opponent, throw him, timely toss him out of the ring, and repeat. The spacing is about one step to the throwing side to grapple, then two steps from the tossing side to toss. Credit and thanks go out to honorableJay and InsipidMuckyWater for telling me how to do that, otherwise I'd still be mashing away in crowded rings.

Final time is 51 seconds according to the in-game timer for elimination of the last wrestler. I believe this is optimal and I would be very surprised to see someone pull off anything faster.