Released in July 2003, Warcraft III: The Frozen Throne is a real-time strategy game developed by Blizzard Entertainment. The official expansion pack to Warcraft III: Reign of Chaos, it follows each of the main races (Night Elves, Humans, Undead) in sequence. Additional campaign for the Orc Horde is also provided. 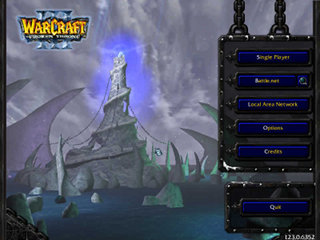 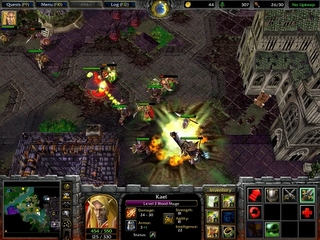 I have always been a fan of speeddemosarchive and I felt like I had to contribute to the site in someway. Being that the only game I have been playing for the past 5 years is warcraft 3 tft it was only natural that this was the game i should run.

I would like to thank SDA-users Phobos and Stupid who previously attempted to run it but never finished. I would also thank youtube user Deseosuho who had done some really cool IL runs that greatly inspired me.
Finally i would like to thank anybody here on SDA that showed me support and gave me useful tips during the progress.

The campaign in the frozen throne is alot different from the RoC campaign. First of all the story is alot worse, at least it seemed like they were not even trying to keep it somewhat serious, but maybe thats the whole idea. I think however that it is a much more fun campaign, much harder than RoC and much more speedrun friendly being that there are no survival chapters.
The campaign also included a bonus orc campaign that took a much more RPG styled approach. I decided not to run that one for the reasons that its mostly RPG and I feel like i wont be able to put my RTS skills to good use there.

Chapter 1:
A very frustrating chapter to run. There are so many ingame cutscenes and it is important to trigger them at the right time so that they are in sync with Maiev's blink. The rest of the level is just a run to the boats. Pure luck whether or not you make it there with enough troops left.

Chapter 2:
Pretty straight forward level. I use the time waiting for enough units to stack up with items for the next level. I accidently forget to use the clarity potion before i entered the boats. That could possibly have saved a couple of seconds. It is hard to tell though since everything else went very smooth.

Chapter 3:
SDA-user Stupid discovered the trick where you could skip a large deal of the map by placing healing wards. My run is an exact copy of his and I see no room for improving the time.

Chapter 4:
I really felt like this level is optimized down to the last second. The tricky thing about this level is the boats. The AI doesnt work well with them. Whenever you order your units to load into a ship either the units or the ship will hold still which is obviously ineffective. Also when i unload the ship there is no telling how the units will be placed. Sometimes the archers will be in the front and the bears in the back.

Chapter 5:
By far the longest chapter in the entire run and also the chapter i spent the most time on. There is no easy way to beat this so I decided to do it brute force. Its annoying that every creep you pass on the way to Maievs base has some sort of immobilizing spell meaning that I have to fight them all. The very first unit i lose in this level is a bear in Illidans base which is kind of funny considering what i had already been through up until that point.
You may notice a strange glitch in the end of the chapter where two buildings are stacked on top of each other. This seemed to be a glitch in the level. Sometimes there would be a naga royal guard stuck on top of a building instead.

Chapter 6:
A caravan chapter where you are forced to wait for the caravan to reach its destination. This one is rather boring, not much interesting.

Chapter 7:
The idea in this chapter is to free the paladin and then take everything you have got and try to attack illidans base. I cast lvl 3 entangle which does damage over time on each of the summoners. I kinda screw up with the last summoner costing me a second, but given that the strategy has very very low chance of success it is acceptable.

Chapter 8:
The strategy I use here is very cool. It is about attacking the undead base as soon as you got 5 turtles. When combined with the scroll of animate dead these turtles are enough to take down the base. The strategy is very hard to do. Mostly because there is a very high chance that the corpses of the turtles will be used by the undead to create skelletons.
Credit for the strategy goes to Deseosuho.

Chapter 1:
The trick in this level is basically to get lumber as fast as possible. The first undead attack wave seems to be random. The only place i want them to attack is at the ivory towers that i have placed in the top right. It seems however that there is about 3/4 chance that they will attack else where. Obviously they attacked in the right place in this attempt and everything went very smooth.

Chapter 2:
In this one I cant do anything until my outlying bases have been destroyed. I try to speed that up by using my towers and whatever units i have to attack myself. Once they are destroyed I attack the undead base straight away. It is hard to tell if it could have been done any better, but there is possibly room for a little improvement here.

Chapter 3:
One the worst chapter of the run in my opinion. It contains the most obvious mistake yet which is forgetting to use the rock golem right away in the final area. The fight itself though is very good which is why i kept this attempt. I especially love how the knights all cluster up for my flame strikes.

Chapter 5:
This chapter is one of the only two chapter where I abuse a glitch to beat the level. It turns out that if Illidans is silenced while closing the gates he will become mobile again. The only gate that spawns creeps who cast silence is the top right one. So the chapter is basically boiled down to: Make it to the gates as fast as possible while getting a perfect item setup for the next level.

Chapter 6:
This is where things start to get really serious. You start with 2 seperate armies and you have to kill 2 heroes in order to open the door for the final boss. It almost has nothing to do with regular warcraft 3 being that hardly any units are used in the normal game. It is however a quite fun level and deffinetly one of the best chapters in the run.

Chapter 1:
If you thought last chapter had some sick multitasking then wait till you see this one. Instead of two armies you now have three. Apart from the fact that you can destroy the three altars with mines there is no easy way to beat this level. It is all down to pure and brutal micro.
The chapter itself was physically exhausting to run given the high apm i had to keep in order to successfully beat the level.
I actually tried to run each of the armies invidually and discovered that you can theoretically do the chapter in just under 4 minutes. It is however practically impossible given that you cant be at 3 places at once.
I almost end up ruining the attempt by forgetting to turn on autocast on my necromancers :P

Chapter 2:
Very straight forward level. A fun fact however is that it usually takes 4 hits to knock down the very first door of the level. But since the damage system in warcraft 3 is random you can sometimes do it in 3. That only happens in like 1/20 attempts though, so you can bet i had alot of restarts right in the beginning.

Chapter 3:
Also very straight forward chapter. Possess the bandit lord to gain control of all bandits on the map and then you will have more than enough to attack the undead base.

Chapter 4:
This level was kinda tricky. If i had fought my way through the naga base and all of the spiders in the pass this would probably have been the longest chapter in the run. Instead however i discovered that you can get the frost wyrm past all of that and then use him and your heroes to take down the guardians. Overall that went very smooth this is also a chapter that im very proud of.

Chapter 5:
Again a straight forward chapter. Basically it boils down to destroy a lot of buildings in the shortest time possible. I think i optimized this very well to squeeze out as many ghouls as quickly as possible.

Chapter 6:
This chapter certainly was alot easier than i expected. An interesting thing is that Balnazzar has a really nasty spell where cast 4 infernals at the same time. Infernals are pretty badass so obviously i want to avoid that. Turns out that if you sleep/silence him while he casts the spell it will interrupt the spell meaning that he only cast one infernal.

Chapter 7a:
Another run straight to the exit chapter. I have to stun and nuke the mountain king in the end, otherwise he will drink a potion and cast avatar giving him a good deal of new hit points.
I also really love how the humans clustered up around my final precious landmine :)

Chapter 7b:
This chapter i spent alot of time on. It has some areas where you are just forced to fight which is kinda annoying. I feel like this one is very optimized.

Chapter 7c:
The nightmare chapter. The easiest chapter in the campaign but unfortunately its completely random. Luck manipulation is not my strong side which is evident since i did not get the best possible time. I did however try something like 800 attemps. Had the final platform aligned in the first try then it would have been perfect, but just to taunt me it doesnt.
It was still a very good run, but i guess it can be 5 seconds faster.
I discovered a nice glitch in the end. The door that you have to pass in order to beat the game is invulnurable and the only way it can be opened is to destroy all the monsters guarding it. However if you spawn an ice revenant on the other side of the door the game thinks you have passed throught the door and thus you trigger the win condition.

Chapter 8:
Credit to Deseosuho for the strategy. Basically its a run to each of the obelisks while distracting whatever is guarding them. I was surprised that this was even possible.